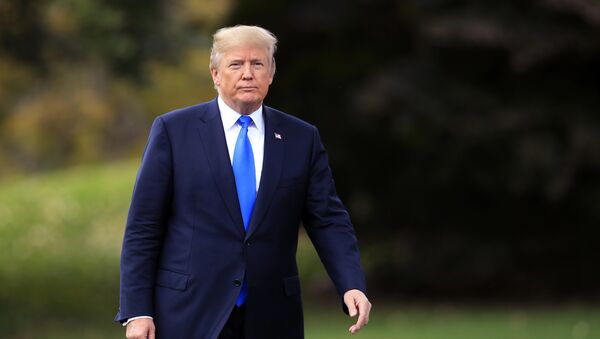 © AP Photo / Manuel Balce Ceneta, File
Subscribe
International
India
Africa
The US House Intelligence Committee “did not find any evidence of collusion, conspiracy or coordination between the Trump campaign and the Russians,” according to the 253-page report on “Russian meddling” that was declassified in a redacted version Friday.

"While the committee found no evidence that the Trump campaign colluded, coordinated or conspired with the Russian government, the investigation did find poor judgment and ill-considered actions by the Trump and Clinton campaigns," the report, written by House Republicans, states.

Intelligence Committee Chairman Devin Nunes (R-CA) said in a statement Friday that, "given the substantial interest at stake, the committee is publishing the redacted version we've received." Notably, though, the lawmaker said: "we object to the excessive and unjustified number of redactions, many of which do not relate to classified information."

The committee interviewed 73 witnesses and reviewed 300,000 documents, according to the report.

​"They did not find any evidence of collusion, but they do buy the story that Russia interfered in the election," Joe Lauria, editor of Consortium News and author of "How I Lost, By Hillary Clinton," told Radio Sputnik's Loud & Clear on Friday.

But, once again, the claim is made "without providing any evidence that they hacked the DNC computer or John Podesta's emails, or that RT is used as a way to disseminate disinformation, or as a propaganda channel to sow discord in this wonderful American democracy," Lauria noted.

"The report accepts all of that, and yet, as far as we can tell, does not provide any evidence," he said.

Trump told reporters Friday he was "honoured" the redacted report showed there was "no collusion."