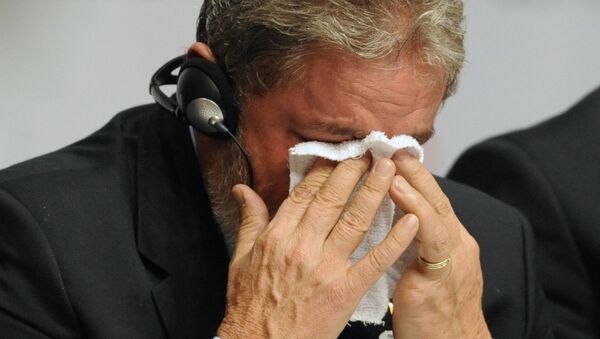 With A federal judge in Brazil ordering former President Lula to surrender to the authorities by Friday afternoon to start serving a 12-year prison sentence on a corruption conviction, the country has been polarized.

To the left, Lula is behind some of the biggest reforms in recent Brazilian history and to the right; he is just another example of endemic corruption in Latin America. Sputnik spoke with Alfredo Saad-Filho; Professor of Political Economy at SOAS University London, for more.

Sputnik: Is the ruling against Lula fair or is he a target of a smear campaign?

Alfredo Saad-Filho: He is the target of lawfare. In this particular case the goal is to destroy Lula politically and to destroy his party, the worker’s party. The party has already been the victim of a coup in 2016 when President Djilma Roussef; Lula’s successor was impeached and this scrutiny has subsequently been directed towards Lula, who was the front runner for the upcoming Brazilian elections.

Sputnik: Who is in the running for upcoming presidential elections?

Alfredo Saad-Filho: There are a very large number of potential candidates. In Brazil the right wing parties are strong enough to have a large majority in congress, but cannot find a viable presidential candidate. All sorts of names have been suggested so far, for example the governor of Sao Paulo, media celebrities and more, none have developed traction at all.

The centre right thought that by persecuting the left, they would dominate the political field but they were severely mistaken.