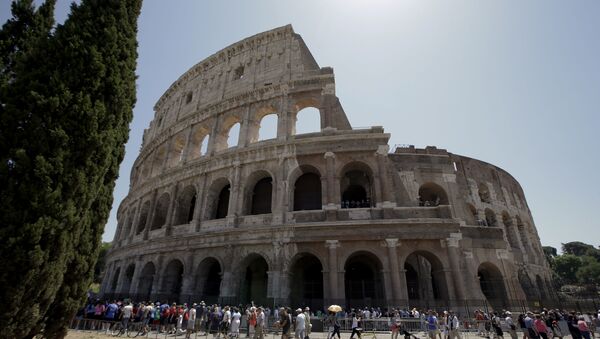 © AP Photo / Andrew Medichini
Subscribe
Sputnik has discussed a recent move by the outgoing Italian government to deport two Russian diplomats out of solidarity with several EU countries and the US with Dr. Maurizio Marrone, a civil law research fellow at the Università degli Studi di Torino.

The expulsion of two Russian diplomats from Italy is without a doubt an illegal move and can be abolished by the newly appointed Italian Council of Ministers, political analyst Dr. Maurizio Marrone told Sputnik.

Marrone explained that such steps can't be taken by an outgoing government because it is allowed to only deal with the remaining "current issues." Thus, demonstrating the government's incompetence, the expert argued.

The country's constitution states that the outgoing government is an "exclusively administrative" body, and no longer has political power. Thus, it is difficult to justify its decision to expel Russian diplomats which has led to the deterioration of diplomatic relations between Rome and Moscow, Marrone argued.

The scholar also stressed that since the 1980s, Italian prime ministers have adhered to this rule, which once again was confirmed in 2008 by Italy's former Prime Minister Romano Prodi, who left his post saying that "the government has to resolve the issues remaining on the agenda and fulfill the tasks set by the Parliament."

Over 25 countries, including the United States, Canada, Germany and other EU states have recently expelled Russian diplomats as a sign of solidarity with the United Kingdom, citing Moscow's alleged involvement in the poisoning of former Russian spy Sergei Skripal that took place in the UK town of Salisbury on March 4.

READ MORE: Kremlin Disagrees With US Claims That Russia is Waging 'Diplomatic War'

Skripal, a former Russian spy who also worked for UK intelligence, and his daughter Yulia have been hospitalized since early March due to exposure to what British experts say is the A-234 nerve agent. UK Prime Minister Theresa May has accused Russia of orchestrating the attack and subsequently expelled 23 Russian diplomats. The European Union has expressed its solidarity with the United Kingdom on the matter.

Russia has strongly rejected the accusations levied at it and offered to assist in the investigation. However, Moscow's request for samples of the chemical substance used to poison the Skripals was rejected. In response, Moscow expelled UK diplomats and ordered the British Council to cease its activities in Russia.