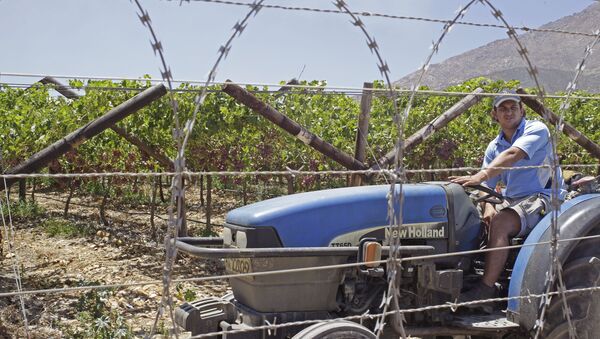 Denis Bolotsky
All materialsWrite to the author
Members of the Belgian Nationalist Student Association have organized a rally in Ghent against what they call the genocide of white farmers in South Africa. Over the past few years, there’s been an increase in murders and attacks on farmers, although neither the authorities nor mainstream media have viewed these attacks as being racially-motivated.

The march was attended by South African students and politicians, who arrived in Belgium to share the problems of their community with Belgians – citizens of the country, which many members of the South African Boer minority consider the land of their forefathers. Sputnik sat down with Pieter Groenewald – the leader of South Africa’s conservative Freedom Front Plus to talk about these issues.

Sputnik: As a representative of the Boer minority in South Africa, do you feel support from Belgians?

Sputnik: Is there any reaction to farm murders from the government and mass media in South Africa?

Sputnik: What are the ways to deal with this problem? Is there a political solution?

Hypersonic Weapons, Iraqi Withdrawal 2.0, South African Land Seizure
Pieter Groenewald: Well, first, what has to be done is, political leaders in South Africa must stop saying that the land in South Africa has been stolen by white people. By that they are creating a specific climate, where the masses and the majority of black people think that we are a group of thieves just because we’re white. Even president Zuma in 2016 said at the anniversary of the governing party that “you, you – masses are poor because you don’t have land, and you are unemployed because you don’t have land, and there is inequality in South Africa because you don’t have land, and we know who has stolen the land.” – I mean, you’re creating an atmosphere. So, political leaders must lead in a responsible way, to say that “we cannot allow them to say that white people are actually criminals,” because if you say that they have stolen the land, you’re actually calling them criminals. Secondly, the government must realize that these crimes against the farmers is not normal crime, it’s not normal criminality, as I said. And we say that they should come forward with specialized units to combat these specific crimes in the rural areas, because you need special units who understand what’s happening as far as the farmer is concerned, and if you do these three things – it will improve the situation.

Sputnik: South Africa is hosting the BRICS summit this summer. Do you see such events as a chance to attract international attention to the problems of the country’s minorities?

Pieter Groenewald: I appeal to the world: please, also raise your voice against this atrocity which is actually taking place in South Africa regarding farm murders. By doing that you’re putting pressure on the South African government. And even the government hears from all over the world “listen, we’re not going to invest in South Africa because you don’t intend to do anything as far as farm murders are concerned.” By doing that they would start forcing the South African government to, for instance, understand that it’s not a normal crime, and to stop all the hate speech, because, that’s nothing else but hate speech by political leaders.