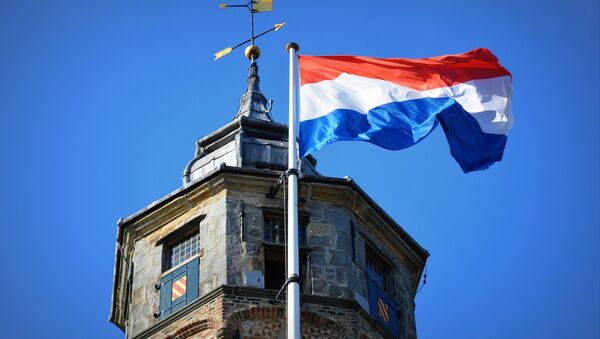 CC0 / Pixabay /
Subscribe
Dutch citizens have voted in local elections, with the Freedom Party (PVV) securing city council seats in each one of the 30 municipalities where the Eurosceptic, anti-migrant party participated. PVV leader Geert Wilders said it was a 'fantastic' result despite the party losing seats in bigger cities this time around.

Sputnik discussed the local elections and the referendum in the Netherlands with Jan Van Benthem, the foreign affairs commentator at Netherlands Dagblad.

Sputnik: How significant are the local elections? What issues are among the most acute in the Netherlands right now, and how could this election help solve them?

Dutch Right-Wing Freedom Party Wins Seats in 30 Municipalities – Party's Head
Jan Van Benthem: They are more important than they used to be because approximately a little over half of the population will vote in the municipal elections, three-quarters of the population will vote in the national elections like last year, and only roughly over a third would vote in the European elections. This is in between, but you can see that they've grown in importance because a lot of politics and policies have been referred from the national government to the municipalities, like elderly care, healthcare issues, ect.

Jan Van Benthem: Contributing to its popularity was a wellspring of discontent among the Dutch voters, but in last year's elections the Freedom Party did gain seats, albeit not as much as was expected. So they came in second, just second; the other party was very close to them, so the result was not as spectacular as was thought. And you see that the Freedom Party does not participate in many municipalities, they only participate in the larger cities and more in the South, where Mr Wilders comes from. In the cities where they do participate they do have a strong standing because there is discontent, especially in the older areas of the cities like The Hague, Rotterdam, Amsterdam, and also in new cities like Almera. They are a very large party within the local politics.

Sputnik: How has the political landscape changed in the Netherlands in the last decade, has there been any shift of the population towards the traditional parties, and if so, why?

Dutch MPs Reportedly Urge Abolition of EU vs Disinfo Anti-Disinformation Service
Jan Van Benthem: It you look now at the local elections you see now that the large national parties have lost significance while the local parties have risen, and in some municipalities they are the largest and the most important parties now. And what are the most important issues? Well they differ very much from cities towards the more rural areas. In the cities you see things like Internet, traffic, parking, healthcare, durable energy, and in rural areas you see thing like fast internet, elderly care, easy access to healthcare, local taxes ect. are the most important issues so those are not national issues, these are very local issues that now are the most important. And you can also say that this also applies to national elections, that people now vote more for their short-term interests, rather than long-term ideology, you see that parties that have ideological bases like the Social Democrats they lost very dearly in the last elections, you also see that the Christian-Democrats are not as strong as they used to be in the past.  So ideology is something that's past, and financial and other interests like access to health, ect. are more the interests of today.

Sputnik: Now this comes amid a referendum on broader surveillance powers in the intelligence agencies, although it's not binding how come this issue has not been put on the agenda before and what triggered the need for such a law now?

Jan Van Benthem: The need for such a law was already long-standing because the earlier law is from an era where you do not have all the surveillance possibilities but also not things like Whats app, fast Internet ect, so you see that the lines of communication of the population in general and also of possible terrorists have changed from the more traditional ways of communication to new ways, so you have to adapt your security laws towards that new reality. But this law was written quite fast and to be honest a lot of people and also our newspapers wrote that the government needs to do its home work again, this law is not good enough, it might be a positive law but in grades if you say, where one is very bad is very bad and 10 is  extremely good, then this is something like six to seven. Lets make it an eight or a nine, we write  the law again and don't use this one, that's a feeling that is out there and that's why this referendum is out there.

Sputnik: What's your take on this particular law, is it something that's going to be beneficial in the long-term or are there too many holes in it and does it need to be improved?

Jan Van Benthem: In this present proposition for the law, there are too many holes. There are the possibilities that law data can be shared with other external foreign parties; that's something we don't like. The second one is that there are so many holes that even the government has promised that it would not evaluate the law after five years. Already after two years, well if you are presenting a law that needs to be reevaluated in two years, there's something wrong with it, you should have a well thought, well proposed, balanced law and the positive point about this is that there would be more control of the intelligence services and the way they do their surveillance of a larger audience, of a larger public, for instance parts of the city where possible terrorists might hide, but there are too many loopholes.

*The Freedom Party got fewer seats in the Hague and Almere municipalities this time around. In Almere the party dropped from nine to seven seats, and in The Hague from seven to two seats.