Over 5.6 Mln Russians Want to Vote Outside Permanent Residence - Commission 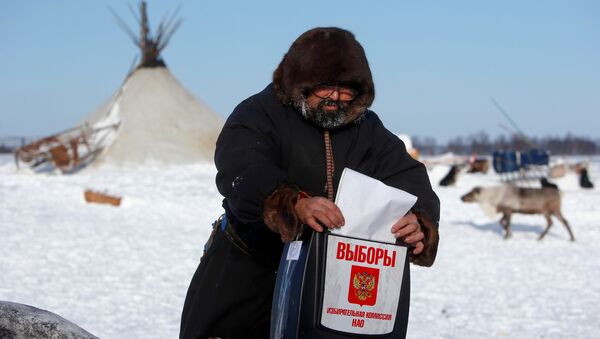 "As of today, we have practically summed up the main results of the implementation of this project, when a person could freely write an application and vote at the polling station he preferred. Today we have 5,676,829 processed applications," Bulaev said at a presentation of the CEC information center, which will be operational on the Election Day.

Bulaev noted that there were applications written by one person twice.

"We have 37,910 such applications," the official specified.

According to the new Russian legislation, any voter will be able to vote at polling places located near their de facto residence rather than those close to their registered address after submitting a relevant application.