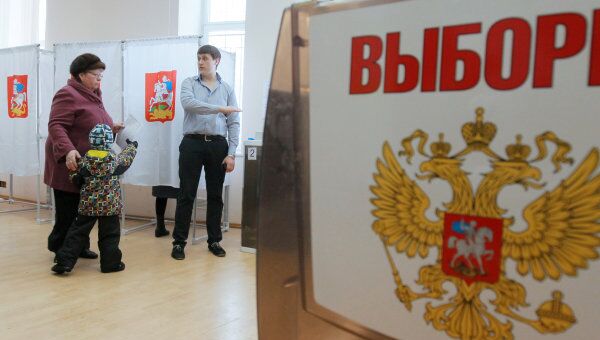 "Over 100,000 applications for observation have been filed," Alexander Tochenov, who heads the Russian federal Civic Chamber’s working group on monitoring over the implementation of the Russian nationals’ voting rights, said during a meeting with the regional civic chambers.

The chambers across Russia are currently involved in the creation of working groups for the coordination of activities between each other and agreeing on cooperation with public organizations and associations sending their observers to the March vote.

The federal Civic Chamber is allowed to send observers to all the Russian regions, while the regional chambers can only deploy observers to polling stations in their own region.

Alexander Tochenov suggested that the federal Civic Chamber might send its observers to the regions with the biggest number of violations or power abuse usually reported.

If there is a violation during the election in a region, there should be an authoritative representative of the chamber who would report about the situation, Tochenov noted.

The official referred to repeated claims during the previous votes that turnout had been increased due to instructions from local authorities to the public to participate in the election.

"It is probably not the violation of the law on the election, but it is the [use of] the administrative power, it is not right. The expression of will should be voluntary, we strive for that," Tochenov pointed out.

The official also voiced an idea for the regions to form mobile groups of observers, including non-partisan public opinion leaders, which would be able to arrive at various polling stations where a violation had been committed.