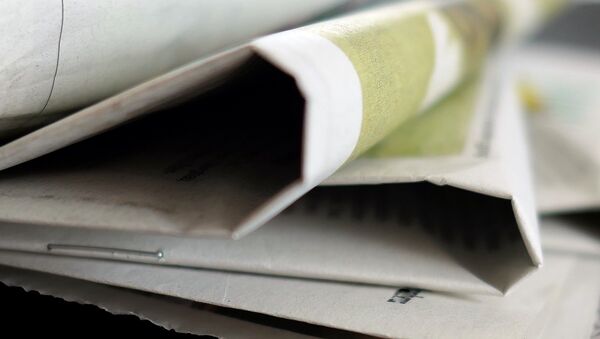 A recent article by German newspaper Bild which alleges that there has been collusion between the Social Democrat's youth wing and Russian bots was met by many Berlin residents with skepticism. In addition, the German satirical magazine Titanic claimed that the Bild article was based on false information which was sent to the newspaper as a joke.

Berlin residents shared their attitudes toward the recent article published by "Bild" which alleged Russian interference in the German election and support for the Social Democrat's youth wing (Jusos) against the grand coalition.

"I don't believe that the Russians really did that, because the BZ and Bild publish fake news very often," Mohamed said.

Another city resident, Jean-Luis argued: "I'm used to Bild publishing stories without checking, I mean, Bild is for entertainment, it's not for something serious."

He also added that there is no point for Moscow to interfere in the German election.

"Why would Russia influence elections in Germany? Where is the logic?" he said.

Last week, the German newspaper Bild released an article alleging that the Jusos youth leader, Kevin Kuhnert, had been in correspondence with Russian social media trolls to receive support for his campaign against the grand coalition.

However, the whole report apparently turned out to be a joke, initiated by German satirical magazine Titanic, the newspaper Die Welt reported.

Titanic's representatives said that the email exchange between Kühnert and "Russian hackers" had been staged by their Internet editor Moritz Hürtgen.

"An anonymous email, two or three calls — and 'Bild' prints everything that suits their agenda," Titanic said, cited by Die Welt.