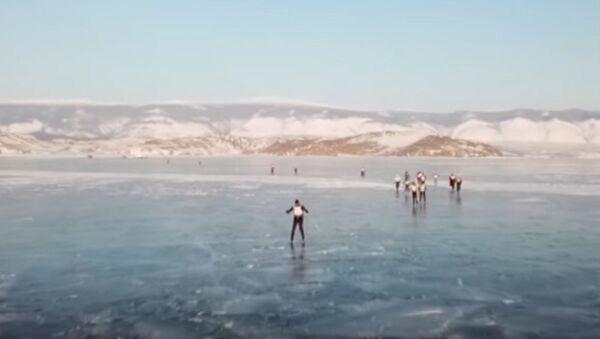 Baikal's extreme race "Ice Storm," from Listvyanka Irkutsk region to Olkhon, took place on February 17-19. Participants from Russia, Spain, France, Latvia and Belgium had to traverse 205km skating, skiing and biking.
The International Baikal Festival of winter games, the so-called "Zimniada," began on the 4th of February. Ice Storm started in 2013 and has been an annual Baikal event ever since.