Can Brazil Win the World Cup and Will Spurs End Their Trophy Drought? 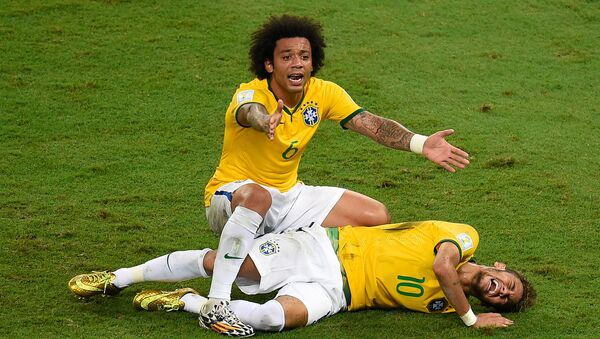 Neil Clark
All materials
Football: time for Pochettino's men to earn their spurs.

Question: which Premier League team has won most points in the last three seasons after Manchester City? The answer- which might surprise you-is Tottenham Hotspur. They've accumulated 208 points, compared to Chelsea's 193 and Man Utd's 191.

That achievement is all the more creditable when you consider that they've spent considerably less in the transfer market than their rivals. Their summer spending in 2017 was a ‘mere' £88m, compared to Man City's £225.2m, Chelsea's  £196.6m and Man Utd's £145.7m. 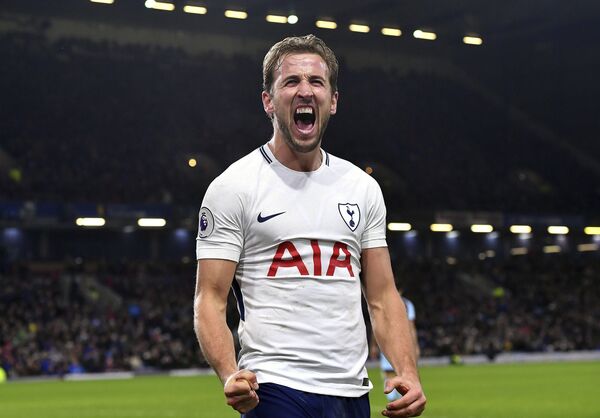 But frustratingly for Spurs fans, for all their great football, and their admirable level of consistency, they haven't won a trophy since 2007/8.

They've come close, failing in the final of the 2015 League Cup, and losing a humdinger FA Cup semi-final 4-2 to Chelsea last year. They also chased 5,000-1 shots Leicester hard in the 2015/6 title race before blowing up right at the end of the campaign and were Chelsea's nearest pursuers last year as well, scoring more goals than anyone else and finishing eight points clear of the third-place team, with a goal difference of plus 60. But now, after so many near-misses they really have to win something. The league title is out of their reach, with Man City so far ahead, but Spurs they are still in the Champions League (where they face Juventus on Tuesday) and the FA Cup, where they have a fifth-round tie at League One strugglers Rochdale at the weekend. That match won't be easy, but Pochettino's men must come through it as- let's face it, the FA Cup represents their most realistic chance of ending their trophy drought. It would be a shame, from a neutral's point of view, if Tottenham don't win something soon, but it won't be without precedent. There have been quite a few teams down the years who have

played great football and achieved admirable consistency, but who failed to turn plaudits into trophies.

Think of that wonderful West Brom team of the late Seventies and Early Eighties- who finished 3rd in 1978/9 and got to two FA Cup semi-finals. They were everyone's second favorite team for a while- but won nothing. Newcastle United played some scintillating stuff too in the decade 1993-2003. They came close to the title in 1995/6 when they blew a twelve-point lead under Kevin Keegan and mounted title challenges again in 1996/7 and in 2001/2 and 2002/3 under  the late Sir Bobby Robson. They also reached consecutive FA Cup finals in 1998 and 1999 but lost both times. And, let's not forget David O'Leary's Leeds Utd team who shone very brightly for a while around the Millenium. They finished in the top five every year from 1997/8 to 2001-2 and began the year 2000 at the top of the league. In 2001 they reached the semi-finals of the Champions League, beating the likes of AC Milan and Lazio and they also reached the semi-finals of the UEFA Cup. But again, they failed to win a trophy.

Will Spurs follow in their footsteps?  The next seven days will go a long way to answering that question.

The Cheltenham Racing festival-the Olympics of National Hunt racing-is only a month away now and the big race picture has become a lot clearer after recent ‘trials‘. Northern raider Definitely Red got his name on the Gold Cup shortlist with an impressive victory in the Cotswold Chase at Cheltenham in January, while last year's Arkle winner Altior will surely take all the beating in the Champion Chase after winning so easily on his comeback run at Newbury at the weekend. Last year's Gold Cup third Native River also impressed on what was his first start for eleven months, while over in Ireland, last year's Coral Cup winner Supasundae enhanced his claims of further success in March ( this time in the Stayers' Hurdle) with his defeat of Faugheen. Samcro also showed that he'll be very hard to beat in whatever event he turns up in, even if owner Michael O‘Leary keeps telling us his horse is not the second coming of Jesus Christ.

Meanwhile, at Warwick, Saint Calvados, mentioned last time as our Sputnik ‘Horse to Follow', did us proud with an exhilarating display in the Kingmaker Chase. The Racing Post comments afterward speak for themselves: ‘very enthusiastic', ‘jumped with elan', ‘unchallenged and only had to be pushed out', ‘very impressive'.

His next assignment will be the Arkle at the Cheltenham Festival, for which he is currently a 7-1 shot. All in all Saturday was a very good day for horses with a Russian connection, as not only did Saint Calvados win, but the day's biggest prize, the Betfair Hurdle, was won by a horse called Kalashnikov. He's Cheltenham bound too.

The Samba Boys will have their supporters this summer but the question is do they represent value at 5-1?

The positive is that with Brazil you are almost guaranteed to get a good run for your money in the World Cup. They are, after all, the most successful team in the competition's history, having won it on five occasions. In addition they haven't failed to reach at least the quarter-finals (or second stage) of the tournament) since 1966.

But it's also worth pointing out that three of their wins came in the period 1958-70 and that they have only won it twice since then. If you'd placed an each-way bet on Brazil in each of the last eleven World Cups, you'd have lost money in on seven occasions.

The 2014 World Cup ended disastrously for Brazil when their defensive frailties were ruthlessly exposed by a rampant Germany who thrashed them 7-1. Since then though, under new coach Tite, the side has improved considerably.

They've got some fabulously talented players - think Neymar, Gabriel Jesus, Marcelo, Coutinho, Willan and Firmino, and on their day would be able to beat anyone. There's no pushovers in their group, which also includes dark horses Switzerland, Costa Rica (quarter-finalists) in 2014) and Serbia, but you'd still fancy them to get through it in first place- as they usually do-and after that they're likely to face  Mexico, Sweden or South Korea in the first knock-out round.

So a march to at least the quarter-finals looks likely and after that it'll be best to judge things on a match-by-match basis. Brazil could easily win the 2018 World Cup, it's just that from a statistical point of view, the current odds don't look over-generous.