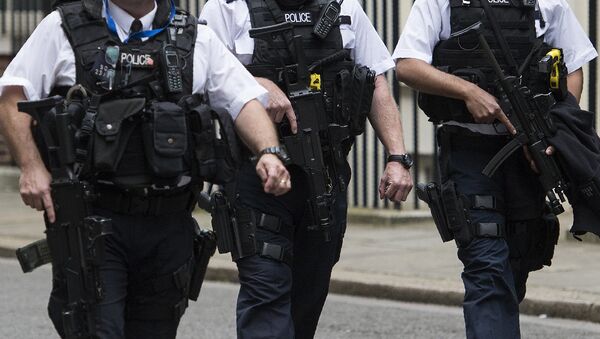 © AFP 2021 / OLI SCARFF
Subscribe
New figures show the number of hate crimes being reported outside schools in the UK has increased by over 60% in the last year. Sputnik spoke to Barbara Drozdowicz from the East European Resource Centre about the figures and if they were related to the Brexit Referendum, and how can the Government combat the rise of hate crimes.

Sputnik: What do you make of the new figures showing hate crime on the rise around schools in the UK?

Barbara Drozdowicz: I am a little bit surprised I have to say, but it is a good sign that we have these figures as that is the first step to combat hate crime & hate incidents is we need to have understanding of what's going on. So overall its bad news but happily we at least know what's going on.

Sputnik: Do you think the aggravated tensions around Brexit had an impact on these figures?

Barbara Drozdowicz: It is possible that Brexit might have had an impact, or rather say the campaign around Brexit referendum and the follow on political developments around the difficult negotiations and so on and so forth. It would be good if we had got the breakdown of geographical spread of these incidents, because that would possibly tell us a little bit more, where there were areas of increased numbers were more towards the Brexit vote to leave.

Therefore it's really hard to make an assessment without having more data, but it is quite possible taking into account the Brexit campaign has bought up certain hostile populist views. These views are possibly in action.

Sputnik: What more needs to be done to combat this rise in hate crime?

Barbara Drozdowicz: Well first of all, there is a big role for education regulators to make sure that schools are really prepared to combat any signs of hate incidents; I would say that this is absolutely the first step. Second step I would say is we need good monitoring of incidents to be able to understand what the nature of that hate crime is. Hate crime can happen based on numerous features, it might be sexual orientation, disability, racial hate crime, and we don't know what causes the increase.

It would be difficult to apply some sort of mitigation measures. Finally I would say, it is a big role for the government and local authorities to make sure and declare that Brexit must not be linked with any racial attitudes because Brexit as such is not an expression of Xenophobia, it is just a political process that can hide or rather bring to light some other views that we would consider linked to hate crime. To declare that Britain needs to be together is one of the steps that I would expect from the government to say on every step of the process going forward.

The views and opinions expressed by Barbara Drozdowicz are those of the speaker and do not necessarily reflect those of Sputnik.