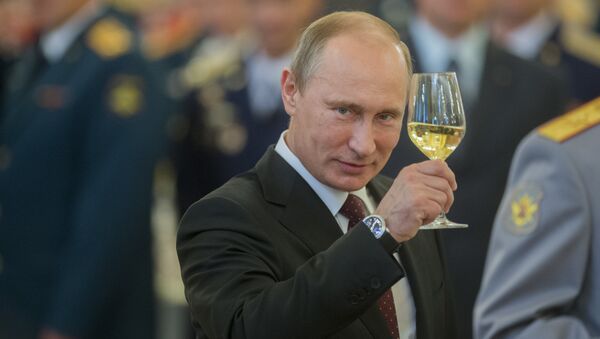 Ordinary people spend their birthday with their family or go on vacation, but this is not the case for Russian President Vladimir Putin this year.

On October 7, the Russian leader has a very busy schedule: lots of phone conversations and an operative meeting with permanent members of the Security Council, Kremlin spokesman Dmitry Peskov said.

However, Putin had not always spent this day at work. Below Sputnik lists several unusual ways the Russian president celebrated his birthday in previous years. 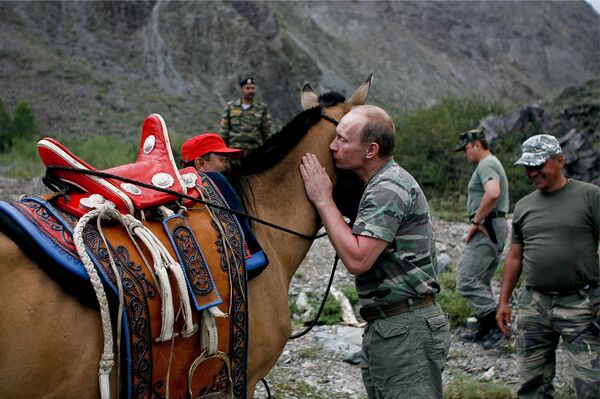 Putin often spent his birthdays with his family. For instance, in 2016 the Russian leader spent most of the day with his relatives and friends.

But even then, this special day didn't go without talks and phone conversations. Although there were no public events scheduled for Putin's birthday, there were international calls and congratulations addressed to the president.

"In this case [during such conversations] other issues are also being discussed with the head of state; these conversations are never limited to festive topics," Peskov said.

In 2015, Putin played hockey in Sochi and scored seven goals (a symbolical number given the fact that his Birthday is on the 7th). 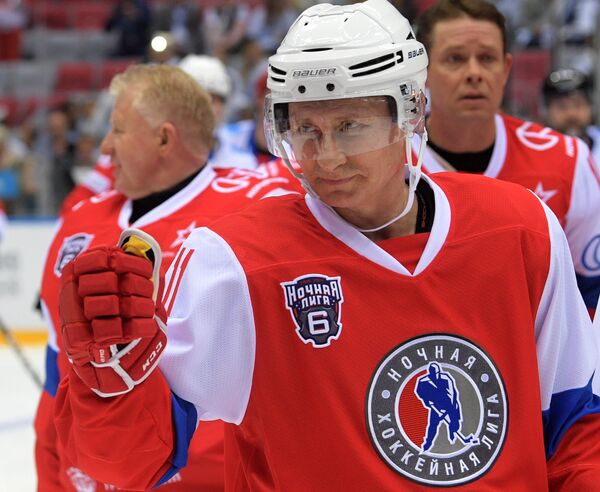 At the end of the sporting competition, Putin received the Ice Hockey Federation award for his loyalty to the game, which was given to him by the president of the Russian Hockey Federation, Vladislav Tretiak. 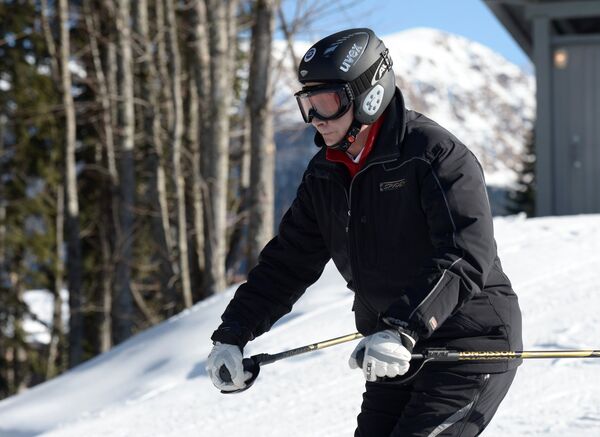 January 3, 2014. Russian President Vladimir Putin goes skiing on the ski trail at the Laura Biathlon & Ski Complex in Krasnaya Polyana during a working visit to the Southern Federal District
© Sputnik / Aleksey Nikolskyi
/
Go to the mediabank

In 2014, the Russian president decided to take two days off and go to the Siberian taiga where he could have rest and spend time in nature.
Later, Putin revealed that he walked in the mountains almost 9 kilometers.

"Everything hurts even now," the president confessed, commenting on his short trip.

A year earlier, in 2013, the Russia president spent his 61st birthday in Bali, Indonesia, where the Asia-Pacific Economic Cooperation (APEC) summit was being held.

During the summit, Indonesian president Susilo Bambang Yudhoyono performed for the Russian leader, singing "Happy Birthday to You" and playing the guitar, while other heads of state sang along.

Putin, for whom the surprise by his Indonesian colleague came quite unexpectedly, was a little bit embarrassed. 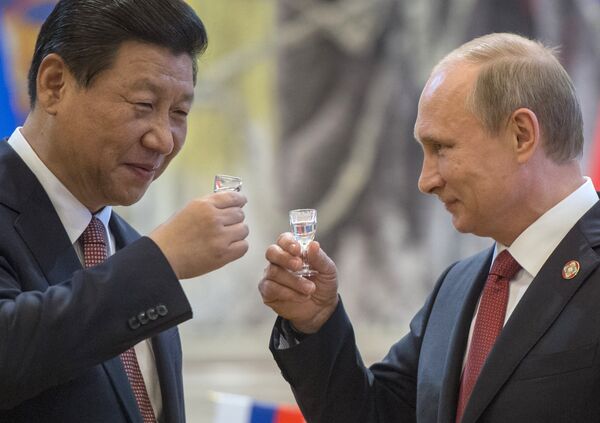 May 21, 2014. President Vladimir Putin, right, and Chinese leader Xi Jinping after the signing of joint agreements in Shanghai
© Sputnik / Sergey Guneev
/
Go to the mediabank

On the same day, the Chinese delegation presented Putin with a big cake and raised a glass of vodka for his health. According to Putin, later his Japanese colleagues gave him sake, a present that urged Putin to make a joke.

"Am I drinking here, or what? Trying sake, drinking vodka. Thank God, I'm still capable of taking a hold on myself. We'll get to the sake later," Putin said jokingly.

This year graffiti appeared on the streers of Barcelona and Paris congratulating Vladimir Putin on his birthday. To learn more, watch the video: