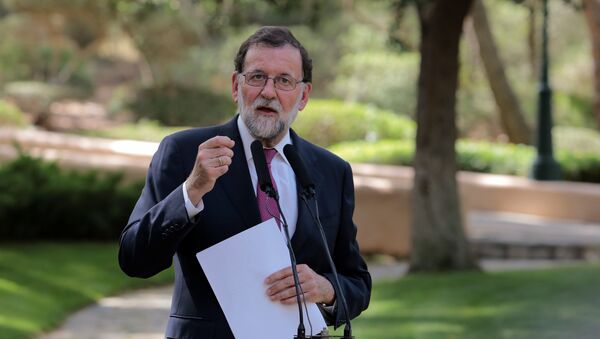 Spanish Prime Minister Mariano Rajoy said that Madrid demands the release of all political prisoners and free and democratic elections in Venezuela.

According to the prime minister, the Spanish government is defending the same values for Venezuela that it is supporting in Spain, namely "freedom, democracy, the respect for people and their rights."

Rajoy reiterated that the Spanish authorities did not recognize the Constituent Assembly or any decisions it made, considering them illegal and undemocratic, as well as contradicting "the will of Venezuelan citizens."

Civilians Attacked Military Base in Venezuela, Not Terrorists - Defense Minister
The Constituent Assembly, which has the power to redraft the constitution, held its first session on Saturday, which resulted in a unanimous decision to dismiss the country's Attorney General Luisa Ortega Diaz.