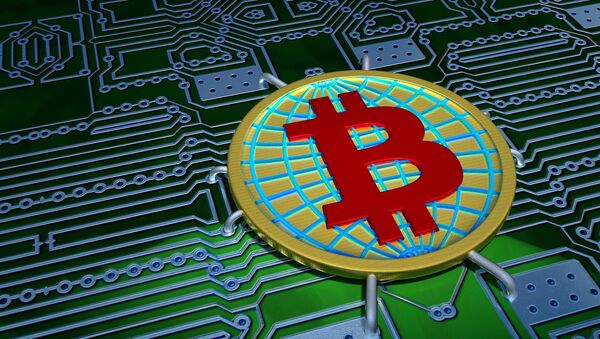 Bitcoin exchange BTC-E said on Monday that Russian national detained in Greece last week had never been engaged in its activities as employee or director of the service, responding to allegations of US law enforcement.

Hedge Your Bets: Expert Investors Explain When to Go For Gold or Bitcoin
MOSCOW (Sputnik) — Early last week, the Greek police arrested a 38-year-old Russian national Alexander Vinnik in the northern Greek region of Khalkidhiki on a US warrant. The accusations against him consists of 21 points, including laundering $4 billion through BTC-E bitcoin exchange he allegedly headed, cyberfraud, theft of personal data, the hacking of the Japanese exchange Mt.Gox, which provoked its bankruptcy, and participation in drug trafficking. If Vinnik is extradited to the US, he faces up to 55 years in prison.

"[We] officially declare — Alexander was never the head or the employee of our service," BTC-E bitcoin exchange said in a statement on bitcointalk.org forum.

According to BTC-E, one of the oldest virtual currency platforms, the FBI staff on Tuesday came to the data center where its server equipment was located and seized all servers. On July 28, the company's domain was confiscated. The company said it would try to restore the service before September, otherwise it starts returning money to its customers in early September.

Bitcoin is one of the most popular cryptocurrencies based on blockchain technology, with data distributed on multiple computers and no central server. Each block of data in a blockchain contains a timestamp, which makes it able to track transactions.