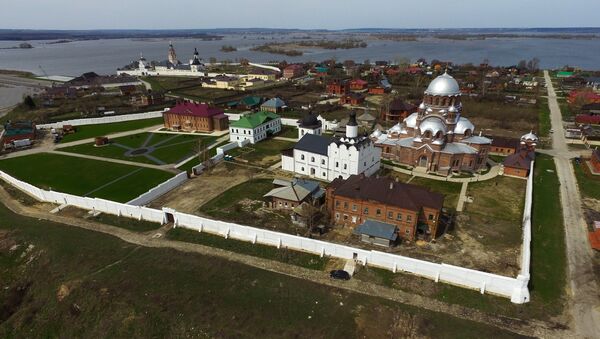 Alexander Kuznetsov, Russia's permanent delegate to UNESCO, said that Russia, as an observer state, is satisfied with the results of the recent UNESCO World Heritage Committee’s session.

“We are satisfied with the session results. We are not part of the committee, Russia is an observer state. But all the questions concerning Russian natural and cultural world heritage sites were decided in our favor. And there were many of those questions,” Kuznetsov said.

The July 2-12 session of the Committee added two new world heritage sites to its Russia list. The first was a cultural site (a cathedral in the central republic of Tatarstan) and the second was a natural site (the landscape on Russia’s border with Mongolia).

“Other questions concerning us were reviewed. Some of them were decided without discussion. I mean the West Caucasus, the Wrangel Island, the Golden Mountains of Altai and the Baikal. The topic of Solovetsky Islands was discussed quite thoroughly,” the Russian official described.

Russia
UNESCO Could Include 2 Russian Sites in World Heritage List in 2017 - Envoy
Russia will continue its consultations with UNESCO concerning the construction of a museum on the Solovetsky Islands, and invited the organization’s experts to discuss the issue of comprehensive development of the site.

The Solovetsky Islands is a group of islands on Russia’s northern shores inside the White Sea, where a monastery was built in the 15th century, followed in later centuries by several churches. It was included into the UNESCO World Heritage Site list in 1992.