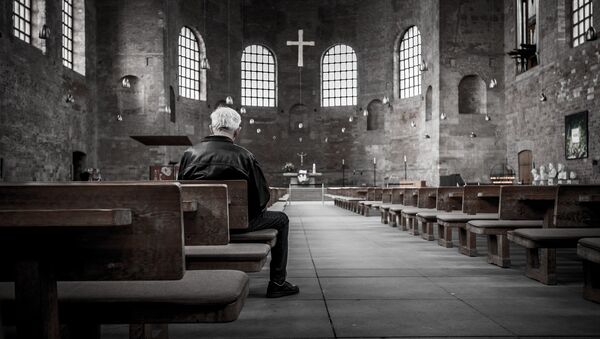 Alan Grant
All materials
When Tim Farron announced that he was standing down as the leader of the Liberal Democrats, he used the opportunity to make a very public point. Farron argued that it was "impossible" to reconcile his Christian faith with being the leader of a major UK political party.

Tim Farron Resigns as Leader of UK Liberal Democrat Party
His departure marks the end of an on-going episode in which Mr. Farron's religious beliefs have been set at odds with his position as Lib Dem leader and in particular his stance on LGBT issues. Something had to break at some point and that thing was Tim Farron's time at the Lib Dem's helm.

Tim Farron's exit from the leadership scene means that there is a vacancy in an unpredictable time in UK politics. At time of writing, only the former Business Secretary Vince Cable, has said that is putting himself forward for the position.

Today I have announced my intention to run for the Leadership of the Liberal Democrats. Read more here https://t.co/4XUCj2zGVx

This follows some not insignificant speculation that the former Deputy Leader of the Scottish Liberal Democrats and all-round political high-flyer, Jo Swinson, could put herself forward. Alas, both Swinson, and veteran Orkney and Shetland MP, Alistair Carmichael, have ruled the job out in their immediate futures. 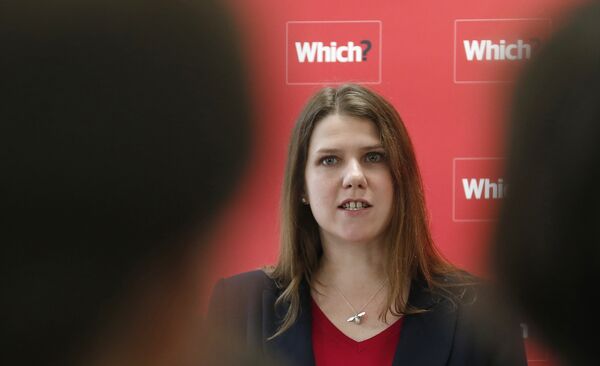 It is worth reviewing the events fully — both in terms of considering the wider questions and understanding what happened, as much of the coverage has been piecemeal at best and blatantly agenda-driven at worst. Following the departure of previous leader Nick Clegg, Tim Farron, the MP for Westmorland and Lonsdale, took on the difficult job and was immediately faced with questions about his stance on, among other issues, LGBT rights, abortion, and marriage. The press were on top form.

As part of this scrutiny, Farron was directly asked if he felt that gay sex was a sin and was widely judged to have avoided the question. Afterwards, when confronted about his reluctance to answer the question, Farron continued to deflect the issue away; muttering instead about it not being his job to "pontificate on theological matters" and that "we are all sinners." Only one inference was drawn from this —  and it was that Tim Farron thought that gay sex was sinful. 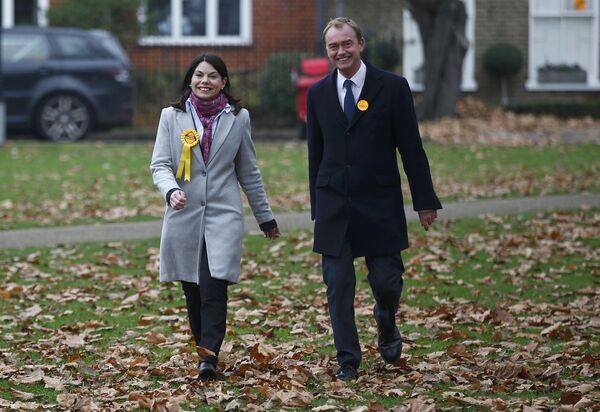 This summary reflects the arc of the story but there are other pertinent facts worth considering in order to gain a fuller view.

Firstly, Farron's voting record on LGBT rights is certainly not that of a belligerent and judgmental homophobe but rather that of a "small l" liberal in so far as, even if he did believe that gay sex was sinful (spoiler: he, quite rightly, doesn't), he did not prevent other people from engaging in it, actively work against those that do, or seek to deny any LGBT British subject the rights that are rightfully theirs. Indeed, even if he privately had been the most judgmental anti-LGBT bigot one can imagine, his actions in Parliament would be in the finest tradition of a particular and peculiar kind of specifically Anglophone liberalism.

According to the tracking site theyworkforyou.com, Farron has voted in favor of the advancement of LGBT rights six times out of a possible 10, has voted in favor of same-sex marriage five times while never voting against it, and has held a pro-LGBT rights line in Parliament. Secondly, and as importantly, Tim Farron gave a definitive, albeit far too late, answer to the question to the BBC in which he said, "I don't believe that gay sex is a sin."

UK Conservatives Not Adopting DUP Views on Abortion, Same-Sex Marriage
Essentially, the idea that Tim Farron is a homophobic man, either privately or publicly, seems rather low-rent and lacks even the most basic evidence.

Tim Farron's words upon announcing his resignation from the Lib Dem leadership are worth considering. "To be a political leader — especially of a progressive, liberal party in 2017 — and to live as a committed Christian," said Mr. Farron, "to hold faithfully to the Bible's teaching, has felt impossible to me". It is sensible to take him at his word on the reason for his resignation; primarily due to a lack of evidence to the contrary. Farron had the support of many in his party, with exceptions, like former Chief Secretary to the Treasury, David Laws, and had weathered his earlier PR storm relatively intact.

The then-Lib Dem leader also had an important role ahead of him as one of the few UK-wide party leaders who remained immovably opposed to Brexit. Recently, his party had also improved its position in Parliament and seemed to be emerging from borderline irrelevance with their tails wagging. Even if it is just for the sake of argument, we should assume that Mr. Farron was telling the truth.

Mr. Farron's comments should be of concern to anyone who believes in liberal democracy. That the leader of a mainstream political party, who happens also to be a religious man, has declared that private faith is incompatible with holding a position of leadership in modern Britain should, at least, prompt some deep national soul-searching about how faith and politics interact and cohabitate. It is not, after all, in the interest of Christians, Muslims, Atheists, Wiccans, or any other group of believers, non-believers, or "not quite sure" folks for internal, private, and in practical terms insignificant beliefs to be a potential barrier to participating in the upper levels of public life rather than what one does.

The logical extension is especially disturbing. Given that all the Abrahamic faiths contain injunctions against a veritable smorgasbord of different sexual, social, and intellectual behaviors as well as a variety of perfectly innocent human characteristics; it becomes a reasonable possibility that devout MPs of any faith, who conduct themselves in public as the true champions of liberty, equality, and diversity that we rightly expect of our MPs, may be prevented from holding senior positions due to having beliefs ascribed to them that they simply do not hold.

If that sounds a little far-fetched or hyperbolic, remember, it is essentially what has happened to Tim Farron.

The history of the relationship between politics and religion in the UK is fascinating and tumultuous. Brits have clashed over divine right, which branch of Christianity ought to be officially endorsed by the state, and all manner of other topics where politics and faith inevitably collide.

However, the issue had looked settled in recent times. We have arrived at a situation where we have an official state church with our head of state also acting as its head and as defender of the faith on its behalf. We also have space for bishops from that same church reserved in our revising legislative chamber and our national holidays are built to reflect the Christian calendar.

It is, therefore, remarkable that the United Kingdom has ended up as a robustly secular society — embodied in recent times by former Prime Minister David Cameron's remarks that, while being a Christian, he didn't feel that he had a "direct line" to God, and former Labour spin doctor Alistair Campbell's more terse declaration that the Blair government he served did not "do God." We have the trappings, finery and reverence of a religious state but the practicalities of a secular democracy. It is one of the many unique British paradoxes that make this such a wonderful and interesting country.

Regrettably, this illogical but practical balancing act of politics and society appears to be at risk. Consider Tim Farron's resignation, alongside the Democratic Unionist Party (whose founder was Rev. Ian Paisley) preparing to become part of the mechanism of government, the increased uncertainty over the situation in Northern Ireland plus the increasingly present threat of Islamic terrorism, it seems that — like it or not — the role, scope, and impact of religion in the public sphere is a conversation that the United Kingdom needs to have.

The answer may be to stick to our wonderfully paradoxical model or to devise a new and more modern one. Regardless, answers are what are needed and therefore questions must be asked.