Czech Republic Stands Up to the EU, Helps Crimea Amid Water Shortage 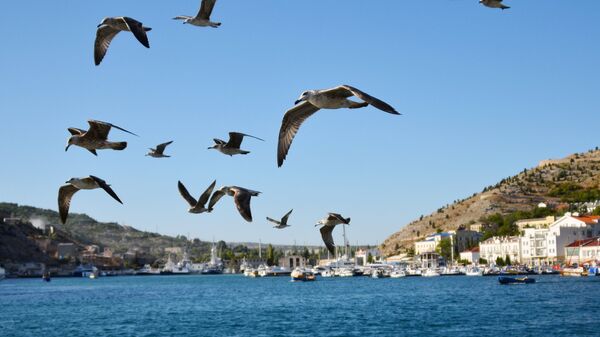 With Crimea continuing to lack fresh water, an international group of scientists is being created in the Czech Republic which accumulated enough experience in irrigation works. The group's goal is to prevent the Crimean Peninsula from "turning into a desert."

In an interview with Sputnik, Holik said that when visiting Crimea in the spring of this year, he discovered that the floodgates of the canal providing water from the Dnieper River had been blocked. This water had been used to irrigate the fields of Crimea's north and central regions.

"Crimeans are currently badly in need of fresh water, which is why they've given up growing rice, which requires intensive irrigation," Holik said, adding that Czech irrigators could help Crimea in the same way they rendered assistance to Israel.

"There are specialists in Russia, the Czech Republic and Israel whose joint efforts could add to resolving the problem of supplying water and irrigation to Crimea so as to stop it from becoming another desert," he said.

According to him, the international group which is now being formed will not be involved in politics. Rather, it would be in line with "a desire to preserve the amazing natural beauty of our planet." 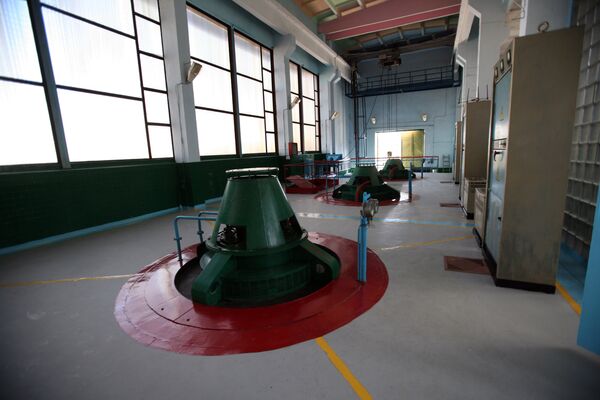 Workers inside a pumping station idled due to insufficient water levels in the North Crimean Canal. File photo
© Sputnik / Taras Litvinenko
/
Go to the photo bank

Holik said that a Crimean delegation of specialists, entrepreneurs and politicians is due to visit Prague this autumn "to discuss all the details and define specific terms" related to the group.

"I think that we will launch the project in 2018. There are already plans for the international group dealing with the issues of cleaning contaminated water and its re-use. In addition, we plan to create channels that will prevent water from flowing from the mountains into the sea," Holik added.

Asked about whether Czech experts would fear being affected by EU sanctions when working in Crimea, Holik said that he does not "care about this question." 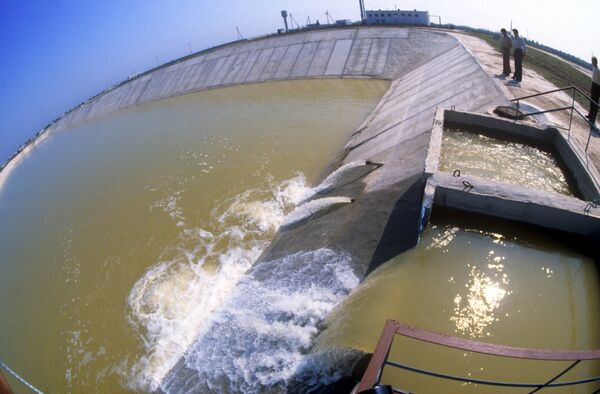 A basin for preserving the hydrogeological balance. The basin feeds the underground springs with Dniepre River water running through the North Crimea Canal
© Sputnik / Valeriy Shustov
/
Go to the photo bank

"Let's assume that Ukraine banned me from entering its territory for five years, so what? I reiterate that we are not talking about a political demarche from our side. We are only concerned about environmental protection and we want to prevent the unique Crimean Peninsula from drying up," he said.

He also did not rule out that a number of those in Europe who call for the lifting of anti-Russian sanctions and recognition of Crimea as an essential part of Russia will continue to increase.

"As for me, I'm all for it. After all, Crimea's reunification with Russia took place legally, in line with a referendum which was monitored by observers from 23 countries, including the Czech Republic," Holik said.

He added that the Czech observers confirmed that there were no irregularities during the voting process, even though Czech media later falsified information on the matter.

The European Council said on Monday that the European Union member states' foreign ministers had extended sanctions against Crimea that were due to expire this Friday by one year.

Daily Mail Casually Recognizes Crimea as Part of Russia
The United States and the European Union as well as several other countries have imposed several rounds of sanctions on Russia over its alleged interference in the conflict in eastern Ukraine and Crimea's reunification with Russia in 2014.

Moscow has repeatedly denied meddling in the conflict in eastern Ukraine.

Over 90 percent of Crimea's residents voted in favor of the reunification in a referendum, the results of which have not been recognized by Ukraine, Brussels or Washington. The Russian authorities have repeatedly said that the people of Crimea have made their choice in a democratic vote in full accordance with international law and the UN Charter.