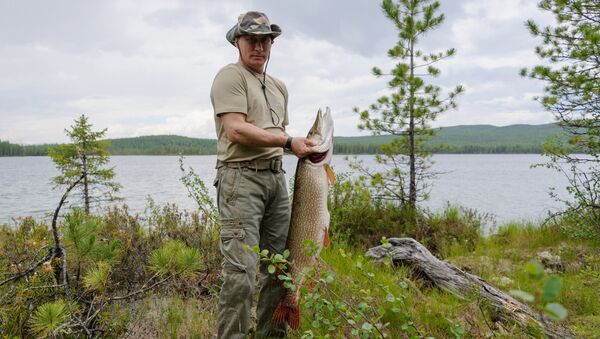 "Yes, I know that fishermen and enthusiasts [of fishing] are interested in it. I read about it, seen in the Internet. Honestly, [the fish] was weighed in front of me, it was 20 kilograms, though many believe it was too small for 20 kilograms, but anyway, that is what I saw," Putin said during his annual "Direct Line" Q&A session, adding that probably someone added a bit of weight to the scale when he was not looking, though he had not noticed it.

Putin is known as a fishing enthusiast. In 2013, he was photographed catching a 20-kilogram pike in Tokpak-Khol lake located in Russia’s Tuva Republic.