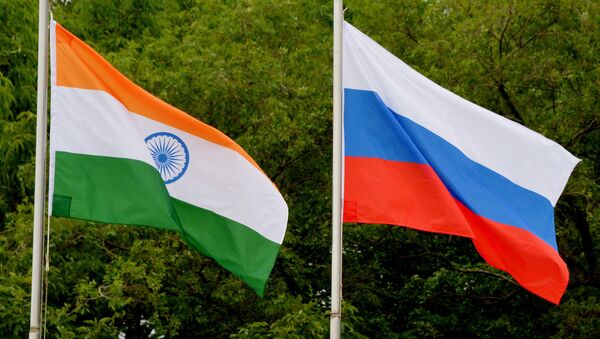 © Sputnik / Vitaliy Ankov
/
Go to the mediabank
Subscribe
International
India
Africa
Russia and India adopted on Thursday the cultural exchange programs between the countries' ministries of culture for 2017-2019 on the sidelines of the St. Petersburg International Economic Forum (SPIEF).

The documents were signed in the presence of Russian and Indian leaders.

The 21st SPIEF kicked off on Thursday for its 3-day run, gathering high-ranking politicians and prominent business leaders from dozens of countries in the Russian city of St. Petersburg. Indian Prime Minister Narendra Modi has been invited to the forum as the chief guest. The Sputnik news agency is an official media partner of the forum.

On the same day, the 18th India-Russia Annual Summit started in St. Petersburg within the SPIEF.