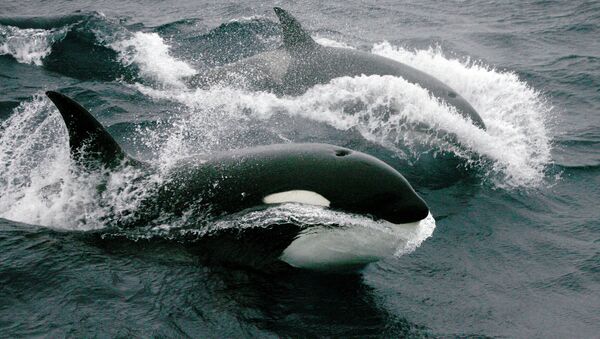 On Monday evening, the park board voted to ban all cetaceans from the Vancouver Aquarium -- amid cheers from animal rights activists and protest from employees who worry about the fate of their marine mammal rescue program.

Just a ‘Whisper’: Scientists Hear Baby Whales’ Sounds for the First Time
The issue came to a boiling point when two beluga whales died in the aquarium’s care in November due to an unidentified toxin that had contaminated their tanks.

Hundreds of people protesting the ban were outside the hearing throughout the evening, but the ban passed 6-1. The ban includes dolphins, whales, and porpoises. The new bylaw will not fully apply to the three cetaceans the aquarium currently has — a white-side dolphin, a harbour porpoise and a false killer whale — and they will be allowed to remain on display, but will be prohibited from being used in shows.

“You could feel the passion on both sides,” park board chair Michael Wiebe told the Calgary Herald. “Our main goal is that when this settles down the decision made by the park board will be seen as the right decision.”

Vancouver Aquarium CEO Dr. John Nightingale called the decision “short-sighted and heartless,” and vowed to fight to overturn the ban, even if that means they have to go into a full on legal battle. He argues that the ban will prohibit the aquarium from rescuing injured animals who need rehabilitation.

“Why would you rescue an animal and get it well and then have to euthanize it because there’s no home? We’re the only home in Canada and that home came about over 50 years because the displays provided space for those animals to live in,” he said in after the vote.

On the other side, animal rights activists who have long lobbied that large marine animals do not belong in tiny tanks celebrated the decision, and said it was another nail in the coffin of a dying industry.

Japan to Resume Antarctic Ocean Whaling Despite Court Ruling
In the United States, similar measures have been taken in regards to SeaWorld marine parks.

SeaWorld CEO Joel Manby stated at the that the decision was a direct response to intense protest and negotiations with the Humane Society. Manby also announced that SeaWorld would partner with the animal advocacy group.

The park immediately stopped breeding orcas, and ended the practice of making them perform. In addition, SeaWorld agreed to invest $50 million over the course of the next five years for the rescue and rehabilitation of marine animals and Humane Society advocacy campaigns.