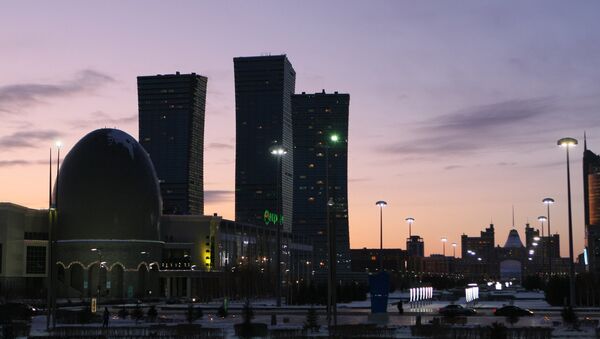 Astana platform of the Syrian opposition intends to create a group to support the creation of safe zones in Syria.

De Mistura to Build on Astana Momentum at New Geneva Round of Syria Talks
GENEVA (Sputnik) — Astana platform of the Syrian opposition is going to create a group with local political forces in northern Syria to reinforce and support the memorandum on safe zones agreed on in Kazakhstan, platform's leader Randa Kassis told Sputnik Monday after her meeting with Russia's envoy to the UN Office at Geneva (UNOG) Alexei Borodavkin.

"In the end of June, I am going to create a group to reinforce Astana memorandum on de-escalation zones. I will create this group with some parties that operate in the Northern Syria, Western Aleppo and Idlib. They work there and they provide services there, working with local communities. That's really good, we can reinforce the memorandum together," Kassis said.

The platform's leader stated she would create this group instead of an anti-terrorism group, which she planned to create earlier.

"It will focus solely on Astana process and the memorandum. Borodavkin supports my idea and my work," Kassis noted.

Lavrov: US Welcomes Creation of Syria De-Escalation Zones at Astana Talks
At the latest Astana meeting on Syria on May 3-4, three ceasefire guarantor states — Russia, Turkey and Iran — finalized and signed a memorandum on establishment of four safe zones in Syria. The four zones span the northwestern Idlib province and parts of the neighboring Latakia, Hama and Aleppo, the north of the central Homs province, Eastern Ghouta near Damascus, as well as southern Daraa and Quneitra regions. The memorandum came into force on May 6.

Syrian settlement talks take place on two parallel platforms: the UN-mediated Geneva talks, and the Astana talks, brokered by Russia, Turkey and Iran. The three aforementioned states are the guarantors of a nationwide Syrian ceasefire regime that came into force on December 30, 2016. The previous round of the Geneva talks took place on March 23 — March 31 and the fourth round of Astana talks was held on May 3 — May 4.