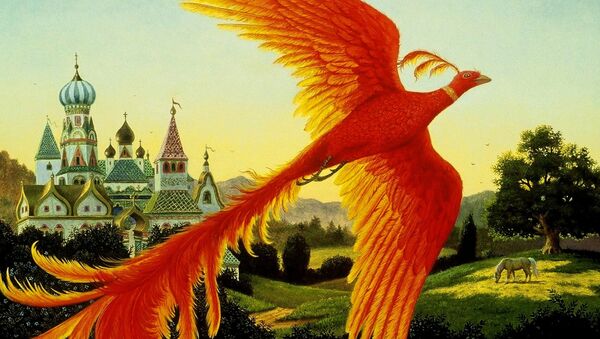 © Photo : public domain
Subscribe
Stratfor, the Austin, Texas-based think tank which predicted the imminent collapse of Russia two years ago, has released a new assessment, marking its concern over Moscow's growing clout across the republics of the former Soviet Union thanks to institutions like the Eurasian Economic Union and the Collective Security Treaty Organization.

The private geopolitical intelligence firm, often referred to in the US as the 'Shadow CIA', employs former Agency intelligence analysts, and is known for its secretive links to government officials, multinational corporations and shady private security subcontractors.

Just Try It: Influential US Think Tank Recommends Attack on Russia's Kaliningrad
In 2015, Stratfor issued its 'Decade Forecast', predicting that Russia and China were on the verge of collapse, decline, and strategic retreat, while the US would continue to enjoy the status of the world's only superpower.

Two years on, the tone of the analyses produced by the company has shifted. In December, in its predictions on the shifting geopolitical environment for 2017, Stratfor said that Russia has a chance to shift the entire Eurasian balance of power in its favor.

Last week, the intelligence firm continued on this trend, with an assessment titled 'Russia Regains Its Momentum Across Eurasia'. The latest forecast explains how Moscow is using the Collective Security Treaty Organization (CSTO) and the Eurasian Economic Union (EEU) to "gain more clout across Eurasia."

Stratfor predicts that the "the region's precarious security situation," combined with problems stemming from divisions in the European Union, "will force the [Eurasian] blocs' members to cooperate more closely with Moscow." Russia, the report says, considers it its vital interest to secure these post-Soviet "borderlands," and is using "the tools at its disposal – including military cooperation and economic blocs – to do so."

Military integration is being achieved via the CSTO, a six member bloc including Russia, Armenia, Belarus, Kazakhstan, Kyrgyzstan and Tajikistan, with Afghanistan and Serbia acting as observer states. The EEU, on the other hand, includes Russia, Armenia, Belarus, Kazakhstan, and Kyrgyzstan, with Moldova recently signing on as an observer, and is being used to encourage economic integration. 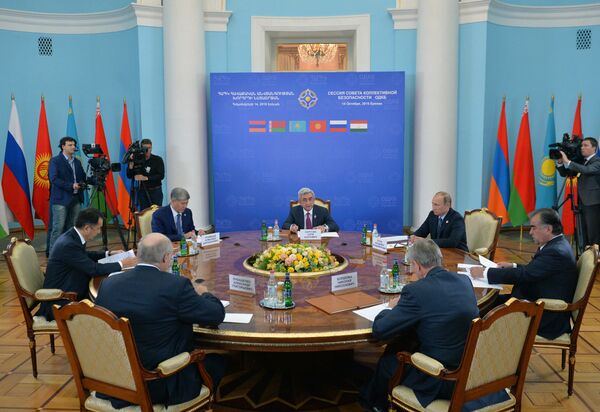 According to Stratfor, Moscow uses these two blocs "to institutionalize its influence in its periphery. Russia was "able to deepen its regional economic integration and clout through the Eurasian Economic Union while presenting the CSTO as an alternative to NATO, building Russia's image as a strong global power –especially against the West."

Why It's Time for a New United Arab Republic
Inserting an obligatory section about the blocs' failures, including the failure to rebuild Soviet-era influence (and thus implying that this was Russia's goal in the first place), Stratfor points out that the Baltic States have become entrenched in the EU and NATO, while Ukraine, Georgia and Moldova had each "hoped to someday follow in their footsteps." Azerbaijan, Turkmenistan and Uzbekistan, meanwhile, are noted to have "opted for neutrality" from international blocs.

The varying trajectories of those states excepted, Stratfor emphasizes that security threats, including "militant attacks and protests," are "forcing CSTO countries to cooperate more closely with Russia on security and military issues than ever before."

On the economic front, the report recalls that "Belarus and Russia reached an agreement in April on months-long deadlock over natural gas and debt disputes, spurring the Belarusian government to sign onto the Eurasian Economic Union's Customs Code. (Minsk had been the only holdout in signing the code, which sets uniform import duty rates across the bloc.) With Belarus in tow, the country can now take effect on July 1."

Furthermore, the assessment adds that "Moldova, which had long leaned toward the West, also applied and was approved for observer status in the bloc on April 14," with President Igor Dodon signaling his "inclination to work with the bloc in the future." 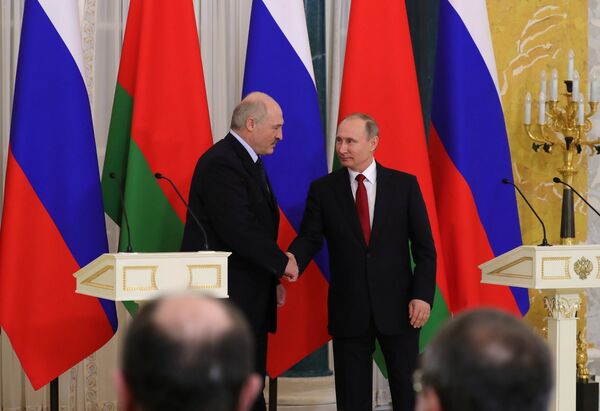 Ultimately, the report anxiously asserts that the EEU and CSTO "are gaining momentum in Eurasia. A precarious security environment in the region, coupled with enduring divisions in the West, has left former Soviet countries with few options but to turn to these blocs and settle some of their differences."

Depressed by Russian Military Strength, Pentagon Rushes to Rewrite War Doctrine
Or perhaps these countries are expanding their cooperation with Moscow because they consider it a logical, win-win scenario based on centuries of close ties with Russia. Who can be sure?

In any case, the latest Stratfor assessment is a far cry from its absurd 2015 claim that "we do not think the Russian Federation can exist in its current form for the entire decade."