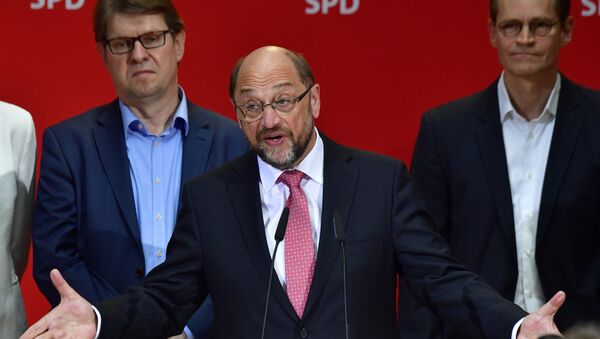 Schulz also expressed support for Hannelore Kraft, the former head of government in North Rhine-Westphalia, who had announced earlier on Sunday that she would quit her political career after the results of elections in local parliament were announced.

"We win together, we lose together… We will continue to struggle on September 24," Shulz said.

The upcoming nationwide parliamentary elections to Bundestag are due to take place on September 24.