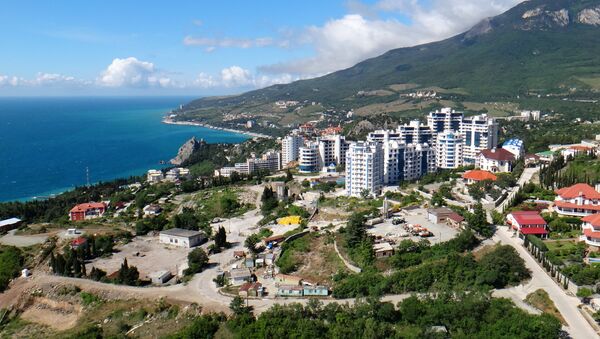 BEIRUT (Sputnik) — Pupils of a boarding school for children of deceased Syrian soldiers will visit Russia and stay in Artek, an international children center in Crimea, at the invitation of the all-Russian organization of veterans "Boyevoye Bratstvo" (Military Brotherhood), Dmitry Sablin, the member of the lower house of Russia's parliament, told Sputnik on Wednesday.

"Boyevoye Bratstvo brings the Syrian orphans on vacation to Russia for the fourth year in a row… On May 6, Syria celebrates the Day of the Fallen Heroes. It is symbolic that on this day and on the Victory Day the children of the fallen heroes of Syria with their Russian friends will be in the Russian Crimea, whose history is a chronicle of heroism and sacrifice," Sablin said.

Russia
Syrian One-Year-Old in Good Condition After Eye Cancer Chemotherapy in Russia
Sablin added that Russian pupils and children from Donbass would also be staying in Artek during the same time.

According to the lawmaker, before coming to Russia, the Syrian children will visit the Russian military base in Syria’s Hmeymim, while in Russia they will have a tour in Moscow and participate in the International Children Military Historical Assembly "Eternal Flame-2017" in Artek.