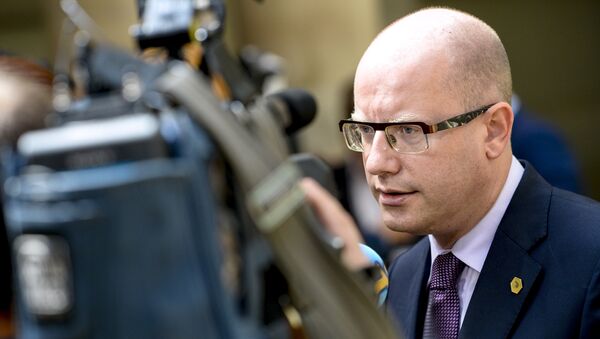 The Czech prime minister announced his resignation on Tuesday.

"I cannot, as prime minister, be responsible for such a government, in which the finance minster is suspected of financial fraud. Therefore, I decided that the cabinet will resign," Sobotka said.

Sobotka said at a scheduled press conference that he planned to file a petition to Zeman "during the current week."

Czech presidential spokesman Jiri Ovcacek said that the announcement would be left without comments for now.

Sobotka has been in office since January 2014.