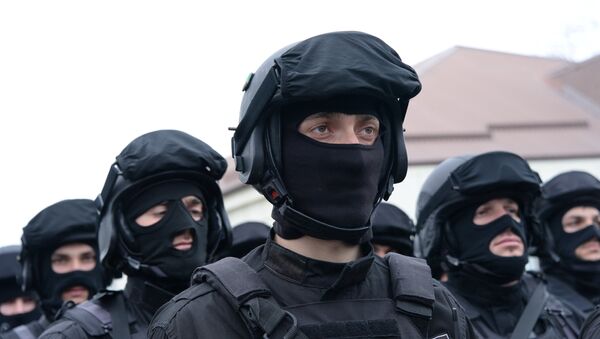 Rosgvardiya does not participate in military operations in Syria, press service said, commenting on the alleged claims about its' presence in Syria.

The Ekho Moskvy radio's editor-in-chief Alexey Venediktov said last week that Rosgvardiya is fighting in Syria. In particular, according to him, this is confirmed by the presence in the country of Russian military police units, which, as the journalist said, is under the command of Rosgvardiya Director Viktor Zolotov.