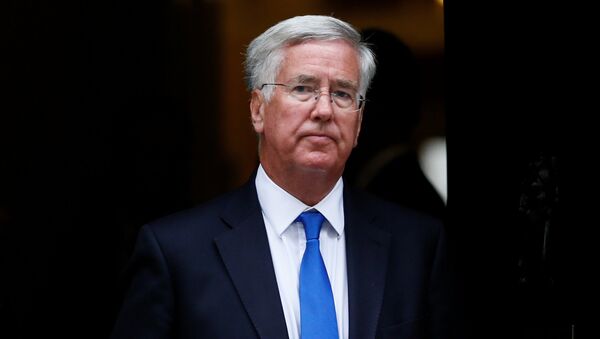 US Syria Strike in Response to Idlib Chemical Attack Understandable - Minister
MOSCOW (Sputnik) — The United Kingdom fully supports the US decision to launch missile strikes on a Syrian airfield as a response to recent reported chemical attack on the Syrian city of Idlib, UK Defense Secretary Michael Fallon said Friday.

"Well, we fully support the strike. We have been in close contact with US government over the last couple of days in preparation for this. The Americans believe they have exhausted all possible diplomatic peaceful ways of dealing with the use by the regime of the chemical weapons and they have been determined to try to prevent future attacks like this. So, they have taken this action today, limited and appropriate action against the airfield, airplanes and the equipment that was used, they believe, in this attack and that is action that we fully support," Fallon told the BBC broadcaster.

US Failed to Warn Syria of Strike on Sha'irat Airfield in Homs - General Staff
Following the US attack, the Syrian Armed Forces said that at least six people were killed and serious damages were inflicted on the Syrian military airfield in the Homs province.