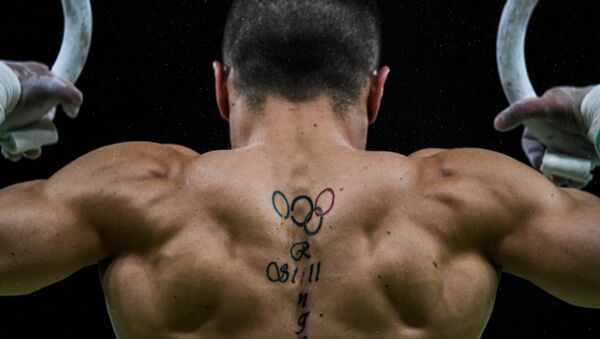 ISTANBUL (Sputnik) — This is the second recognition for Alexei in this prestigious competition. This time, Alexei Filippov was awarded second place in Story Sports.

Alexei Filippov’s series, “At Your Fingertips”, was made during the 31st Summer Olympics in Brazil in 2016. The photos feature Isabela Onyshko (Canada) performing a beam routine during the finals in women’s artistic gymnastics, Eleftherios Petrounias (Greece) warming up before the men’s still rings competition and Alexander Naddour (United States) who won bronze in the men’s pommel horse exercises, among others.

Sputnik Images is the photo bank of the Sputnik International News Agency and Radio with multimedia news hubs in dozens of countries. Sputnik broadcasts through its websites, analogue and digital radio broadcasting, mobile apps, and social media accounts. Sputnik newswires operate 24 hours a day in English, Arabic, Spanish and Chinese.