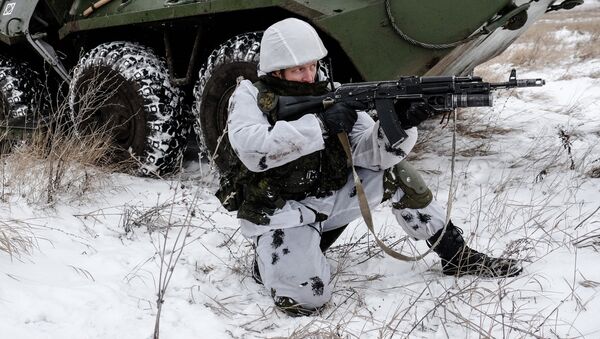 © Sputnik / Nikolay Hiznyak
/
Go to the photo bank
Subscribe
With almost every Russian land force serviceman due to be equipped with the state-of-the-art Ratnik infantry combat system by 2020, Sputnik delves into what makes Ratnik unique.

Faster Than Sound: How Hypersonic Technology Will Change the Russian Army
Late last week, Alexander Romanyuta, head of the Russian Land Force's Military-Scientific Committee, expressed hope that by 2020 "almost every serviceman in the ground forces will be provided with Ratnik kits."

According to Russian military expert Sergey Cherkasov, it took Russia 15 years to create "a breakthrough infantry combat system," which provides "unprecedented communication capabilities both within a squad and between a combat unit and a command center." 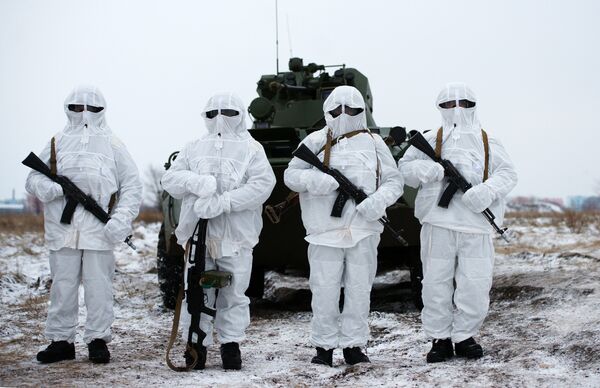 The Ratnik-2 outfit adds significantly to the soldier's combat efficiency and survivability, not least because it's lighter: at 20 kilos, it weighs only half as much as its predecessor.

As for the third generation Ratnik infantry combat kit, it will feature an array of unique integrated biomechanical tools, including exoskeletal elements; it will feature built-in microclimate support and a health monitoring system. 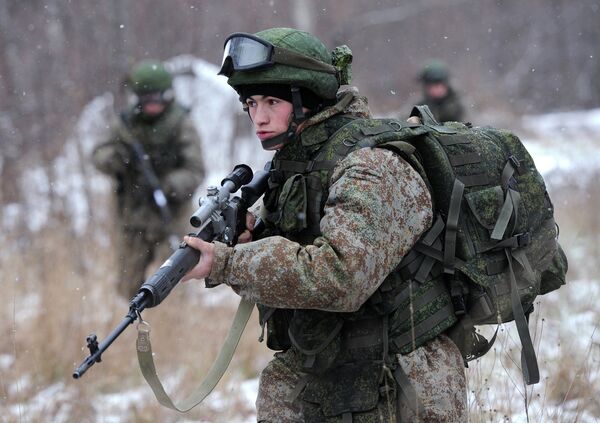 The Ratnik gear helps a soldier maintain stable radio contact with other units and receive continuously updated reconnaissance data about enemy positions and the overall situation in the combat zone, something that experts say really makes a serviceman an "intellectual fighting machine."

Notably, information about a squad of soldiers equipped with the Ratnik kits is directly relayed to the screen of its commander's tablet computer.

What's more, the squad's activity can be remotely monitored by the Defense Minister and the Commander-in-Chief of Russia with the help of the Ratnik-clad soldiers' individual action cameras and unmanned aerial vehicles, according to the Russian news network Zvezda.

The features of the Ratnik kit's "battlefield's electronics" have become unique, Zvezda said, adding that a wounded solder equipped with Ratnik-3 can report to his commander by pressing just one button on his gear.

If a soldier loses consciousness as the result of a severe injury, his commander will be notified with the help of the soldier's specially-designed watch or a bracelet that is configured to supply a signal if a person does not move for more than 40 seconds.

Radar of the Future: Russian Army to Get Advanced Stealth Drone Hunter
The Ratnik-3's unique army watch includes a whole range of sophisticated features such as a navigation module, a motion sensor and a life activity sensor.

As for the motion sensor, it can even help detect the approach of enemy intelligence units, Zvezda said. The network also touted the Ratnik-3's electronics, which combine a range finder, binoculars, a navigation system, a digital camera as well as a video camera and an information transmitter in a single device.