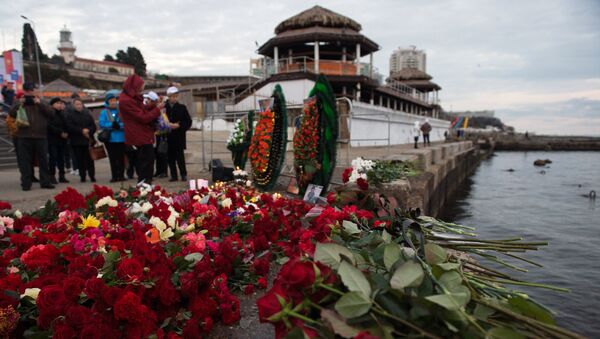 © Sputnik / Nina Zotina
/
Go to the photo bank
Subscribe
The Russian Defense Ministry has not established the causes of the deadly December 25 military plane crash in the Black Sea contrary to media reports, the ministry spokesman said Tuesday.

MOSCOW (Sputnik) — The Russian Defense Ministry's Tu-154 plane heading from Moscow to Syria crashed shortly after refueling and take-off from the Russian southern city of Adler, near Sochi.

"All rumors published by Lifenews about the allegedly established causes of the Tu-154 crash in Sochi is absolute nonsense and the publication's fiction," Maj. Gen. Igor Konashenkov said.

He said the investigation into the crash that led to the deaths of 92 people was still ongoing.

"We consider it unacceptable and immoral to attempt… to assign unsubstantiated blame on someone and invent certain 'conclusions' ahead of the investigation's completion," Konashenkov stressed.