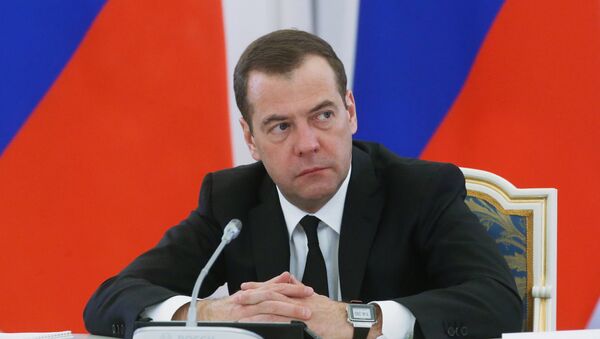 © Sputnik / Ekaterina Shtukina
/
Go to the photo bank
Subscribe
Russian Prime Minister Dmitry Medvedev extended condolences to his Turkish counterpart Binali Yildirim over the terrorist attack on a nightclub in the Turkish city of Istanbul by phone on Sunday, the Russian government’s press service said.

"Dmitry Medvedev expressed his condolences over the terrorist attack in Istanbul. The heads of Russian and Turkish government stressed the importance to join efforts in the fight against international terrorism," the press service said.

Medvedev noted that the perpetrators of the terrorist attack must be punished, the press service added.