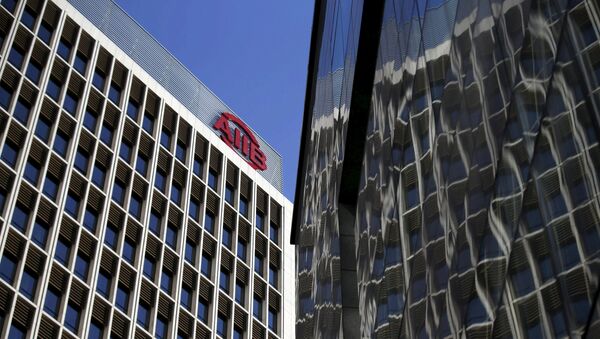 © REUTERS / Kim Kyung-Hoon
Subscribe
The Board of Directors of the Asian Infrastructure Investment Bank (AIIB) approved Wednesday the allocation of $600 million to Azerbaijan for the construction of the Trans-Anatolian Natural Gas Pipeline (TANAP), the bank said in a press release.

Chile Wants to Join AIIB as Soon as Possible – President
BEIJING (Sputnik) – The loan is the biggest ever approved by the AIIB, according to the press release, in which it was added that the investment in TANAP contributed to the integration of Azerbaijan into new markets and to the increase of Turkish energy security. It is also to be beneficial for Europe.

TANAP is a major part of the Southern Gas Corridor that will connect the Shah Deniz gas field in Azerbaijan with Europe, bringing up to 10 billion cubic meters of gas to the European Union from the Caspian region, the Middle East and the Eastern Mediterranean. The corridor will run from Azerbaijan to Turkey, through Greece, Albania, and deep under the Adriatic Sea to southern Italy.