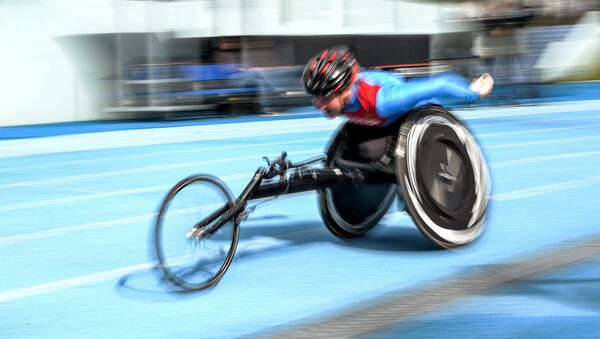 © Sputnik / Vladimir Pesnya
/
Go to the mediabank
Subscribe
International
India
Africa
The perspectives of the Russian Paralympic athletes at the 2018 Winter Games in Pyeongchang, South Korea, are "bleak" due to McLaren report on alleged doping abuse in Russian sports, the member of the Governing Board of the Russian Paralympic Committee (RPC), Mikhail Terentiev, said Friday.

"On the basis of this report, the perspectives of our Paralympic movement at the [Olympic] Games in 2018 are very bleak, bearing in mind the position of [President of the International Paralympic Committee] Philip Craven and the IPC authorities. If they believed the first [part of] the report, which included Paralympic sports, then the [second part of the] … report is more detailed. The first part included only one line about the Russian Paralympic athletes, and now [there are] ten," Terentiev said.

The RPC authorities need to do a lot of work and discuss criteria for reestablishing membership of all Russian Paralympic athletes, Terentiev added.

Russia
'We Are Done': WADA Not Planning New Reports on Doping Violations in Russia
In July, WADA commission presented the first part of the report based on the investigation results, in which Russia was accused of running a state-wide doping program, recommending the International Olympic Committee (IOC) to consider a blanket ban on the entire Russian team. The IOC instead opted to let individual sports federations decide on the matter.