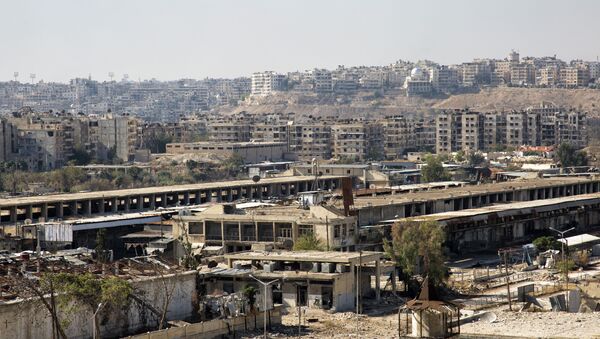 Lavrov, Kerry Discuss Situation in East Aleppo Controlled by Militants
MOSCOW (Sputnik) — US Secretary of State John Kerry is undertaking unprecedentedly active efforts on Syria in the amount of contacts with his Russian counterpart, Russian Aide to the President Yury Ushakov said Monday.

"If you are talking about what efforts he is undertaking, he is taking very active efforts," Ushakov told reporters. "They can be called inconceivable, because there have never been so many telephone contacts where only one topic was discussed — Syria."

Kerry is "actively trying to push" the Syrian and Russian governments to halt operations in Aleppo before the inauguration of President-elect Donald Trump in January, a US State Department source told The Washington Post on Sunday. The efforts include phone calls with Russian Foreign Minister Sergey Lavrov twice a week, as well as a personal meeting at the APEC summit in Peru earlier this month.