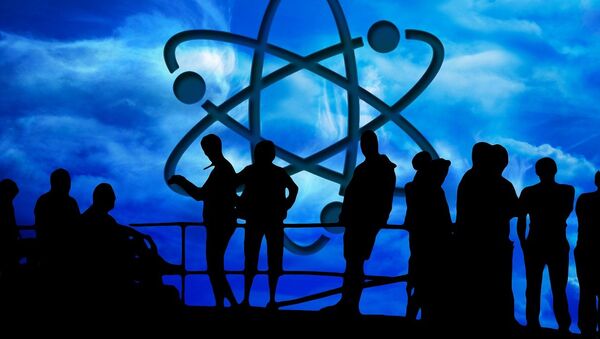 Russia has strengthened its position in the global market for the production of radioisotopes, used in the diagnosis, and therapeutic monitoring of many pathologies, including cancer.

Russian Scientists Use Nuclear Reactor to Fight Cancer
The past few years have seen Russia's ever-increasing clout in the international market for the production of medical isotopes to fight cancer, Rostislav Kuznetsov, head of the Radionuclide Sources and Medications Department of the Research Institute of Atomic Reactors in the Russian town of Dimitrovgrad, told Sputnik France.

Only a few years ago almost all the radioactive isotopes in the world were produced in five reactors based in five countries: Australia, South Africa, Canada, France and the Netherlands. However, the situation has changed after Russia entered the market and gave a new impetus to nuclear medicine.

"We have been members of this large global market of radioisotope products for a long time. We have been cooperating with our customers for more than 25 years now. Our uniqueness is related to our reactor, only the United States having anything similar," Rostislav Kuznetsov said.

Russian Young Cancer Patients Paint Pieces for Space Suit With NASA Astronaut
He added that the Research Institute of Atomic Reactors' biggest project pertains to the industrial production of isotopes with a reduced half-life.

They are used for creating radioisotopes, especially Molybdenum-99 which is in turn used for producing the Technetium-99 radioisotope to treat cancer.

Referring to the Strontium-89 radioisotope, Kuznetsov said that they create it with the help of one of the research reactors and that Strontium-89 "is in rather great demand on both the internal and external market."

On Gadolinium-153, Kuznetsov said that there is demand for this radioisotope in Russia and beyond and that other countries do not have sufficient technology to produce it.

He remarked that Lutetium-177 is a relatively new radioisotope which has been in use for less than two years but has the promise of revolutionizing nuclear medicine.

Kuznetsov was upbeat about the future of Lutetium-177, saying that "a number of pressing oncology-related problems can probably be resolved with the help of this radioisotope."

In this regard, Russia's position in this market is of great importance because it contributes to the diversification of production and can produce isotopes safely.

Developing international cooperation in this area is the only way to save hundreds of thousands of lives in the coming years, according to experts.