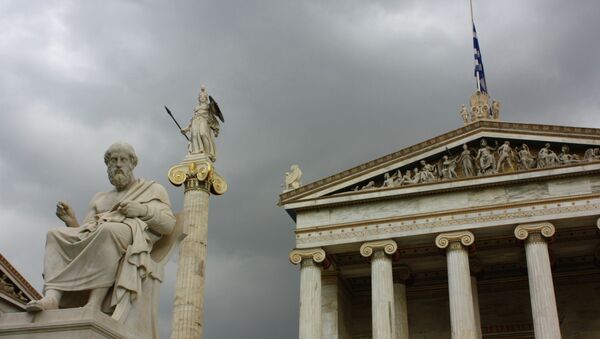 © Flickr / Ion Androutsopoulos
Subscribe
International
India
Africa
Russian Emergencies Minister Vladimir Puchkov on Tuesday will pay a working visit to Greece to discuss bilateral cooperation in the field of emergency situations with the respective agencies of the Balkan state, a spokesperson of the ministry said Tuesday.

World
Russia, Greece Able to Build Up Energy Cooperation - Foreign Minister Lavrov
MOSCOW (Sputnik) — The spokesman said that during the visit Puchkov would have a meeting with Greek Interior Minister Panagiotis Skourletis and the two officials could sign a document about further cooperation between the ministries.

"The main goal of the minister's working visit is to share best practices in implementation of the strategy aimed at decrease of emergency risks both at the country level and at the local level," the spokesperson told RIA Novosti.

Within the framework of the partnership relations between the two nations, the Russian Ministry of Civil Defense, Emergencies and Disaster Relief had repeatedly sent its firefighters to Greece as forest and brush fires are common during Greece's hot, dry summers.