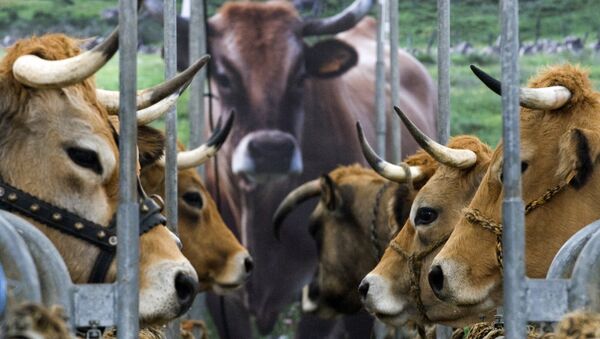 Russian Deputy Minister of Economic Development Stanislav Voskresensky said that Russia and Indonesia are discussing the creation of joint enterprises on the territory of Indonesia.

"The Indonesians are offering not only trade, but also to try and create a number of joint agricultural enterprises on their territory but under our control," Voskresensky said.

He stressed that nothing has been finalized yet, but relevant issues are being discussed.

"We are talking about livestock. We have just started this work, there are no agreements with major companies yet," the deputy minister told journalists.

Voskresensky has already held several meetings within the framework of the Asia-Pacific Economic Cooperation (APEC) summit in Peru’s capital, Lima. The Russian official has discussed economic cooperation with his colleagues from Japan, Singapore, Hong Kong and the Philippines.