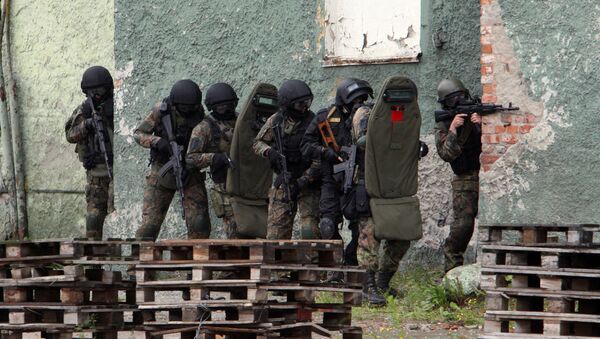 NALCHIK (Sputnik) — Five Daesh jihadist group fighters have been ordered to be detained in the Russian Republic of Ingushetia on suspicion of plotting terrorist attacks, regional prosecutors said Thursday.

"The Magas district court detained five members of the group associated with the Daesh terrorist group, banned in Russia, following a request submitted by the Russian FSB [Federal Security Service] investigation department in Ingushetia and upheld by the republic's prosecutor's office," the prosecutors said.

Russia's FSB Stamps Out Online Extremist Group Recruiting Militants for Daesh
The group was formed by a Daesh emissary who was killed in early October, the FSB said in a statement accompanying the arrest on Tuesday.

In addition to the arrests, the FSB seized a cache of five firearms, two homemade explosives with a force of 10 kilograms TNT equivalent each, as well as sniper rifle components.