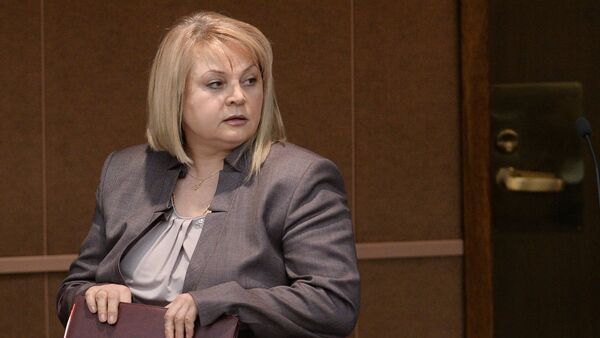 Russian Central Election Commission chairwoman said she would like to improve the existing election system in Russia.

Elections in Germany, France in 2017 May Facilitate Russia–EU Dialogue
MOSCOW (Sputnik) — Russian Central Election Commission (CEC) chairwoman Ella Pamfilova said she would like to improve the existing election system in Russia and simplify some of its aspects.

"I expect my colleagues and myself to have suggestions for the necessary simplification of some things, documents, monitors, journalists… I want to reorganize everything, create a system that will work in any situation," Pamfilova told Vedomosti newspaper in an interview released on Tuesday.

When asked if there was any truth to the speculations on snap presidential election as the funds for the 2018 election were added to the 2017 budget, Pamfilova said that the election commission would need to have the financing in advance as the campaign would start in December 2017.

On November 15, Kremlin spokesman Dmitry Peskov told Russia's Dozhd TV broadcaster, that there had been no plans for snap election.