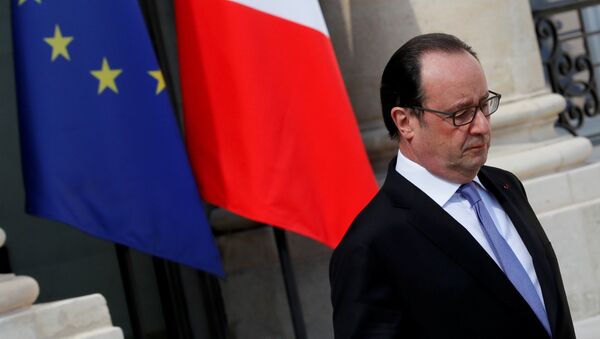 © REUTERS / Philippe Wojazer
Subscribe
French President Francois Hollande finds himself in a precarious position, as the motion to impeach him, launched by MP Pierre Lellouche, continues to gain momentum.