UN Security Council Expansion Should Be Limited to ‘Low Twenties’ 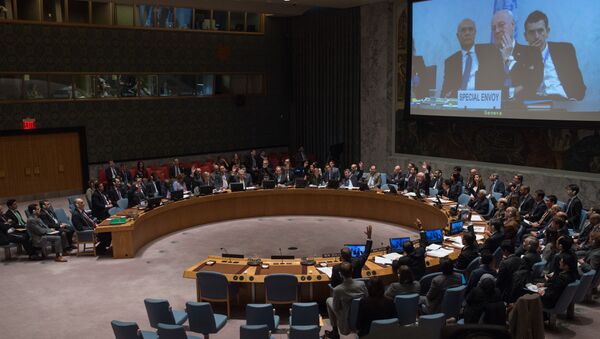 UNITED NATIONS (Sputnik) — Safronkov said that “the optimal number of members should not exceed the level of low twenties."

The envoy added that any decision on reforming the Council should be based on the broadest possible consensus of the General Assembly, stressing that Russia would consider “intermediate arrangements” if they were supported by an overwhelming majority of members.

The United States’ deputy UN ambassador, Michele Sison, also said that any overhaul of the Security Council should reflect input from as many countries as possible.

UN Security Council Votes to Extend Syria Joint Mission on Chemical Weapons
Toward that goal, Washington “will support reasonable proposals for modest expansion of the Council in both the permanent and non-permanent categories,” Also addressing the General Assembly, Sison told the General Assembly.

She added that the United States, too, remains “opposed to any expansion or alteration of the veto.”

Also at Monday’s session, UK Ambassador Matthew Rycroft said the veto issue should not slow progress on expanding the Council. He said the United Kingdom favors "modest expansion in the permanent and nonpermanent categories — an increase that balances representation with effectiveness.”

Enlarging and diversifying the Security Council is a longstanding priority for the General Assembly. Currently the Council consists of five permanent, veto-wielding members — Russia, the United States, the United Kingdom, China and France — and 10 nonpermanent, rotating members.