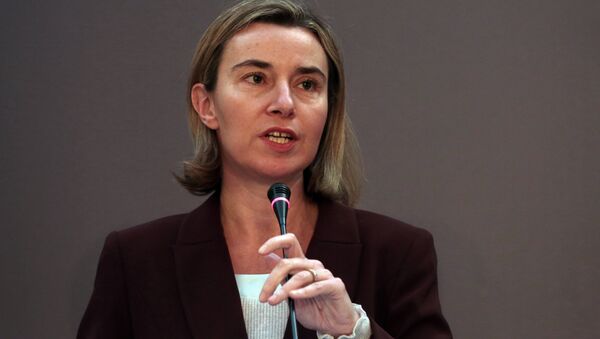 EU foreign policy chief Federica Mogherini scored seventh place among the most influential women in Brussels, according to a rating published Friday.

Mogherini Calls on Parties to Syria Conflict to Ensure Russia-US Peace Deal
BRUSSELS (Sputnik) – According to the European edition of the Politico online media outlet, the first place was taken collectively by the heads of the biggest lobbying firms in the capital, while the second place belongs to European Commissioner for Competition Margrethe Vestager.

Women in the European Union's institutions make up less than 30 percent of the College of the Commissioners and one-seventh of the European Council.