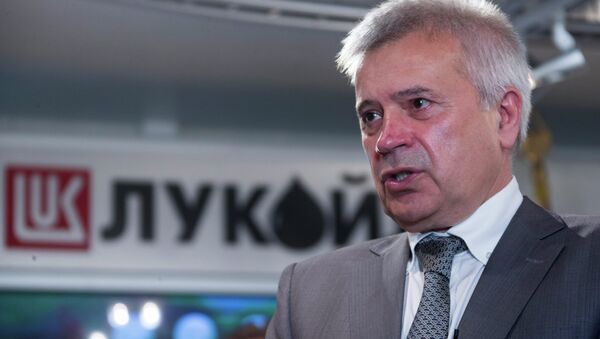 SOCHI (Sputnik) — Oil output stabilization rules in Russia should be drawn up by the Ministry of Energy and regulated by a protocol signed by national oil companies in line with the latest agreement reached by major global producers, Lukoil President Vagit Alekperov said Friday.

The Organization of the Petroleum Exporting Countries (OPEC) agreed on Wednesday to cut its oil production for the first time in eight years. The output ceiling was set at 32.5-33 million barrels a day, with further details of the deal to be unveiled at the group’s meeting in November.

"If we want to participate in the process, we must take a proactive stance and, like them, stabilize production through a common protocol for a certain date signed by all companies under the auspices of the Ministry of Energy. Our company is ready for it," Alekperov told reporters.

He clarified that the proposal related to capping oil production, but not lowering it.