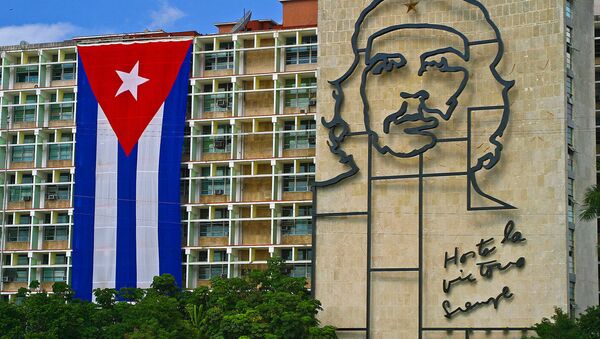 © Flickr / Chris Pawluk
Subscribe
The European Commission on Thursday proposed the Council of the European Union to sign the Political Dialogue and Cooperation Agreement (PDCA) with Cuba.

What Next for US-Cuba Relations? | Egypt Crackdown on Human Rights
MOSCOW (Sputnik) — Brussels and Havana finished the negotiations on the PDCA on March 11. The agreement included a number of issues, aimed to improve political and economic cooperation.

"The European Commission has adopted a proposal to the Council on the signing of the Political Dialogue and Cooperation Agreement (PDCA) with Cuba. The Political Dialogue and Cooperation Agreement opens new avenues to support Cuba's process of economic and social modernisation, to foster sustainable development, democracy and human rights, as well as to seek common solutions to global challenges," the statement said.

According to the statement, EU foreign policy chief Federica Mogherini has transmitted a proposal to the council to repeal the bloc's 1996 Common Position on Cuba, which has significantly affected the ties between Havana and Brussels because of the bloc's position on the situation with human rights in the Caribbean nation.