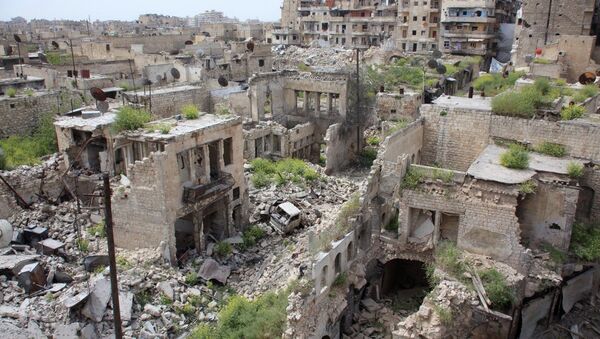 The International Syria Support Group (ISSG) will meet on the sidelines of the UN General Assembly in New York on September 20, while Russian Foreign Minister Sergey Lavrov and US Secretary of State John Kerry are expected to hold several meetings on Syria on the sidelines of the assembly, Russian envoy to the United Nations Vitaly Churkin said.

UNITED NATIONS (Sputnik) – On Thursday, it was reported that the next ministerial meeting on Syria would be held on the sidelines of the UN General Assembly in New York on September 21 and was expected to become an opportunity for the resumption of negotiations in Geneva.