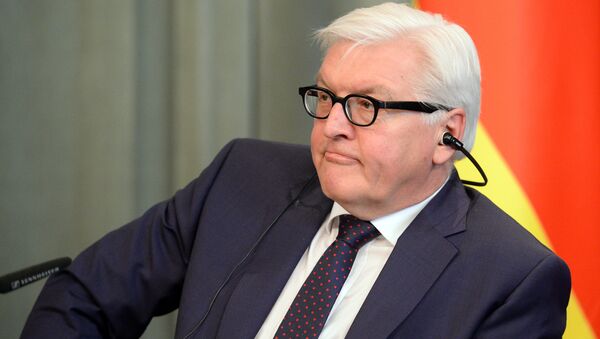 Relations between Berlin and Ankara have downgraded over the past years, due to certain differences between the two nations, German Foreign Minister Frank-Walter Steinmeier said Friday.

Turkey to Let German Lawmakers Visit Incirlik Air Base in October – FM
BERLIN (Sputnik) — Ankara plays a key role in the Middle East region devastated by the Syrian conflict, Steinmeier stressed, adding that Germany and Turkey should strive to iron out their differences in a bid to settle the migration crisis.

"Surely the relations with Turkey have worsened over the last years. We got through another flare-up following the response of the Turkish government to the putsch in Turkey. We have disagreements in many spheres, they will vanish neither tomorrow nor the day after," Steinmeier said, as he spoke at the conference of The Friedrich-Ebert-Stiftung foundation (FES).

Ankara has already detained over 40,000 people in connection with the coup attempt which took place on July 15 and was suppressed the following day. Brussels criticizes Ankara for what it believes is a disproportionate response to the coup, accusing the Turkish government of human rights violations and crackdown on media.

The relations between the European Union and Turkey are further aggravated by pending migration deal made between Brussels and Ankara in March. A visa-free travel to the Schengen zone was promised to the Turkish government once it had met the 72 conditions set by the European Union, in return for the pledge to take back all undocumented migrants arriving in Europe via Turkey.

As Ankara is reluctant to fulfill five conditions that relate to data protection and anti-terrorism law, Turkish President Recep Tayyip Erdogan warned in August that Turkey would withdraw from migration deal with the European Union unless the visa waiver is implemented by mid-October.