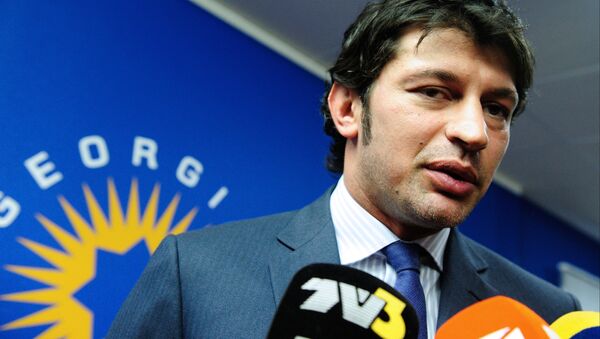 © Sputnik / Alexander Imedashvili
/
Go to the mediabank
Subscribe
International
India
Africa
Georgian Vice Prime Minister Kakha Kaladze, who also held office of the country' energy minister, announced on Friday his resignation to stand as a candidate of the Georgian Dream party at the national parliamentary elections scheduled for October 8.

EU Parliament's Committee Backs Visa-Free Regime With Georgia, Kosovo
TBILISI (Sputnik) — The Georgian law requires that ministers and the National Security Council's members included in a party list of candidates should step down, making the only exception for the prime minister.

"We have accomplished a lot of projects, and some are still going on. I have moved houses many times in my life and the Energy Ministry was also a home to me. From this day on I am not your minister any more," Kaladze told journalists.