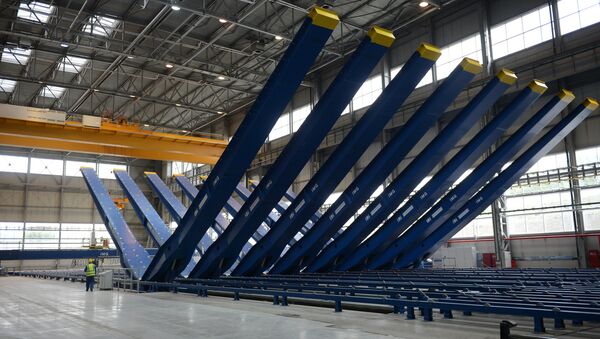 The Zvezda shipyard in the Russian Far East is to build icebreakers and oil platforms in cooperation with companies from Singapore and the Netherlands, and it will team up with General Electric to manufacture ship equipment, Rosneft CEO Igor Sechin said at an opening ceremony for the first phase of the shipyard.

The new Zvezda shipyard in the city of Bolshoi Kamen will become the cluster’s main element. Joint ventures with foreign technical and production partners have been agreed to for acquiring competences and to eventually localize production in Russia.

"We will design ice class vessels with Damen of the Netherlands, oil platforms with Keppel of Singapore and ship equipment with General Electric, Mr. Sechin noted. Over 7,500 high-tech jobs will be created at the shipyard by 2024," he added.

The average corporate salary will be 60,000 rubles, considerably more than the 35,300 ruble average in the region.