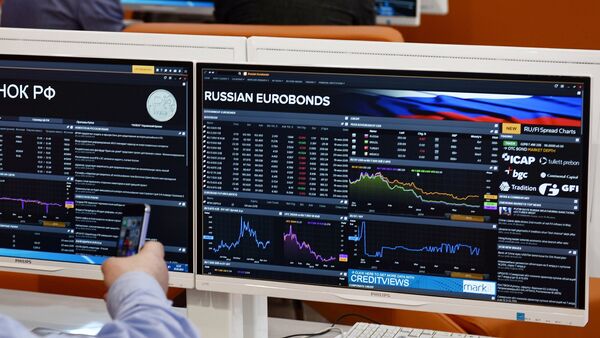 Austria's Biggest Bakery Chain Invests 30mln Euros to Build Factory in Russia
Investors who bought into Russia's sovereign bond sale in May have been vindicated after Euroclear admitted the bonds for settlement last week.

Brussels-based Euroclear Bank is one of the two main providers of settlement and related services for securities; the other is Clearstream, owned by Deutsche Börse.

Euroclear began carrying out transactions with Russian Eurobonds on July 28 after more than two months of deliberations following Russia's Eurobond sale in May.

On May 24 Russia issued sovereign debt for the first time since 2013, selling $1.75 billion in ten-year Eurobonds at an annual yield of 4.75 percent.

Both Euroclear and Clearstream declined to take part in the sale due to pressure from regulators in the EU and US, despite the fact that anti-Russian sanctions imposed by the US and EU against some Russian individuals and entities in 2014 do not include sanctions against the Russian state.

As a result, the sale was carried out with the help of the Moscow Exchange's National Settlement Depository (NRD), and organized by Russian bank VTB Capital

On July 6 Euroclear also delayed its participation in the sale of Russian ruble-denominated ten-year OFZ sovereign bonds, worth 20 billion rubles ($305 million). However, Dmitry Polevoy of ING Bank told Vedomosti that the securities were accepted a few days later by the clearing house.

Dutch Bonds Latest to Go Negative Amid New Financial Crisis Concerns
Euroclear's decision widens the pool of potential investors in Russian securities, and the bond yield decreased to 4.116 percent the day the news broke. Traders told Bloomberg they expect a significant decrease in the yield on Russian bonds of up to 20 or 30 basis points as a result.

Bonds from emerging markets such as Russia are becoming increasingly popular with investors looking for more profitable returns than those gained from Western sovereign debt; an estimated 30 per cent of global government debt is currently offering yields of less than zero.

In May Schroders money manager Jim Barrineau told Bloomberg that "we are at historically attractive levels for emerging markets," and recommended buying government bonds from Russia and Brazil in particular.

"The fundamentals in both countries are improving, if not improving dramatically," said Barrineau, citing a "window of opportunity" for Brazil to revive its economy, and the rebound in the price of oil, Russia's biggest export.

On Friday Russian Minister for Economic Development Aleksey Ulyukaev told Vesti that Russia is considering returning to the Eurobond market later this year, in the light of May's successful sale and increasing demand for emerging market assets.

Keep Calm and Buy Russian: Jittery Investors Desert EU's Risky Dollar Bonds
"There is an appetite for risk on the foreign markets, it may be possible to issue $1.25 billion and increase the level of borrowing next year. Investors are interested in investing in Russian assets," said Ulyukaev, adding that Finance Ministry may also seek to raise funds on the domestic market.