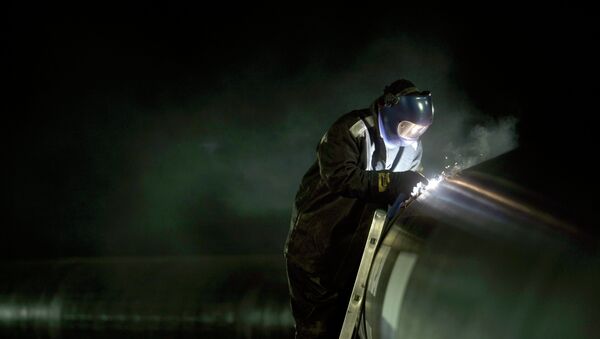 MOSCOW (Sputnik) – A political decision has been reached between Russia and Turkey on the construction of the Turkish Stream gas pipeline and the Akkuyu nuclear power plant projects, Turkish Economic Affairs Minister Nihat Zeybekci said Tuesday.

"There are political decisions on these two projects. That is, there is no question about whether the projects will or will not be implemented," Zeybekci told reporters, saying that the sides continue ministerial- and company-level talks.

He added that Russian President Vladimir Putin and his Turkish counterpart Recep Tayyip Erdogan would give the "final momentum" to moving the projects forward at their meeting in St. Petersburg on August 9.

"Our only task is only to arrive at a competent solution that will meet the interests of the two countries," Zeybekci stressed.